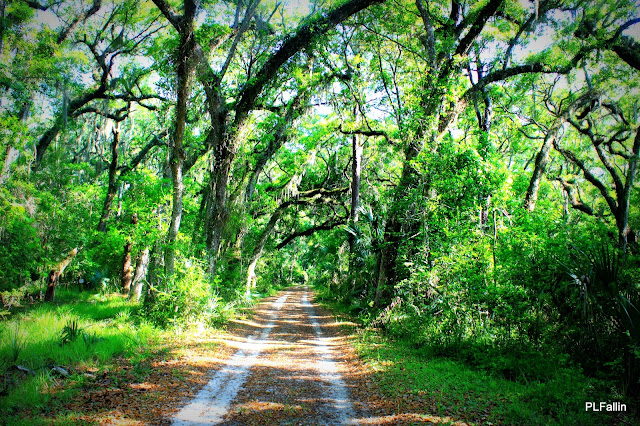 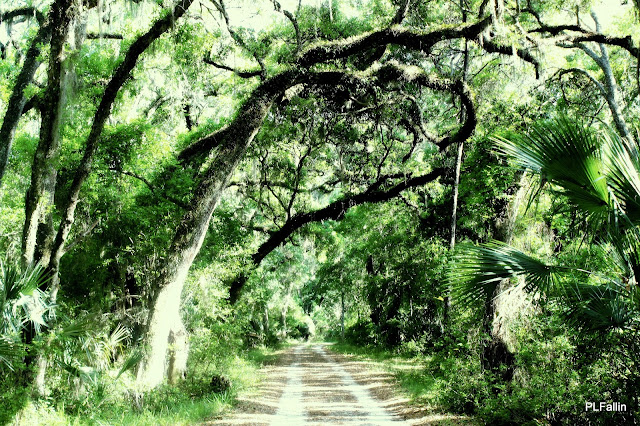 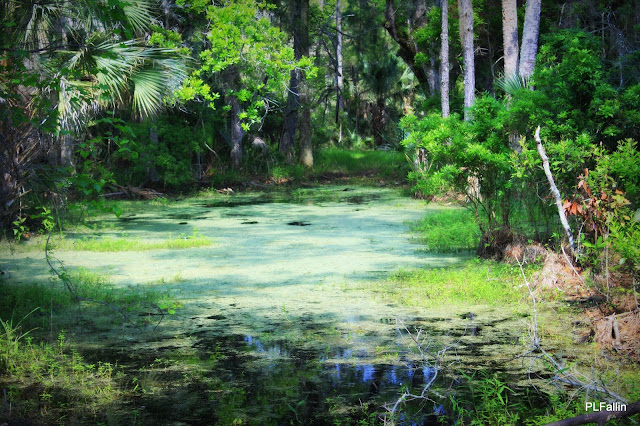 The trail pictures above are from the White Trail at Guana River. I could not help but compare the dense forest to the Mirkwood Forest in Lord of the Rings and The Hobbit.  Several artists' images of Mirkwood look very similar to the forest and landscape of the White Trail. Tree limbs were twisted and crossed over the trail like giant spider webs.  We hiked 5 miles round trip through dense forest to get to Diego Pond.  We were stopped at the south entrance due to the marsh land was too wet to cross due to so much rainfall.
Images of Mirkwood Forest:

Excerpts from The Hobbit:
"The entrance to the [forest-]path was like a sort of arch leading in to a gloomy tunnel made by two great trees that leant together, too old and strangled with ivy to bear more than a few blackened leaves. The path itself was narrow and wound in and out among the trunks. Soon the light at the gate was like a little bright hole far behind, and the quiet was so deep that their feet seemed to thump along while all the trees leaned over them and listened.
As their eyes became used to the dimness they could see a little way to either side in a sort of darkened green glimmer. Occasionally a slender beam of sun that had the luck to slip in through some opening in the leaves far above, and still more luck in not being caught in the tangled boughs and matted twigs beneath, stabbed down thin and bright before them. But this was seldom, and it soon ceased altogether. [...]
But they had to go on and on, long after they were sick for the sight of the sun and of the sky, and longed for the feel of wind on their faces. There was no movement of air down under the forest-roof, and it was everlastingly still and dark and stuffy. [...] the hobbit [...] felt that he was being slowly suffocated."