Pictured Rocks National Seashore - "He Drew Me Out of Deep Waters" 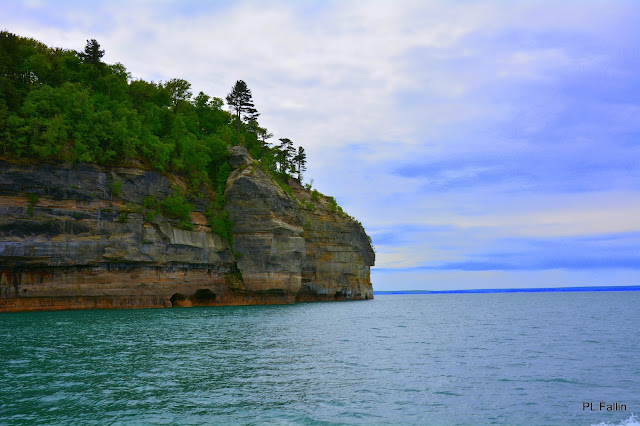 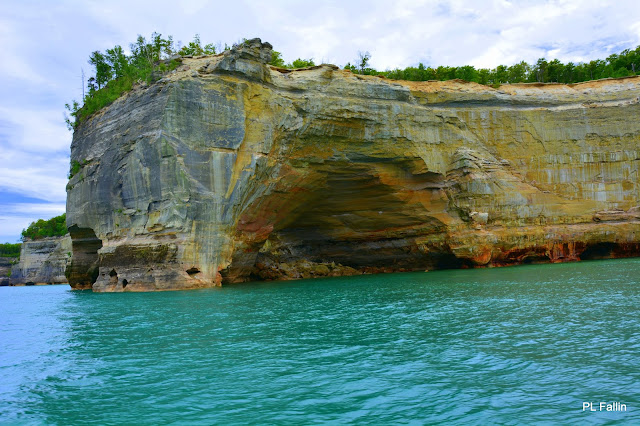 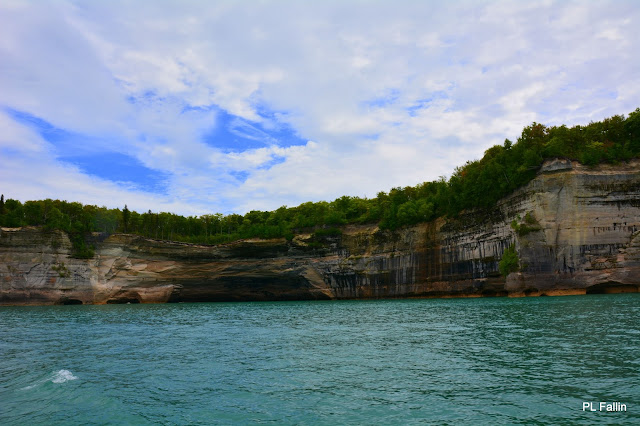 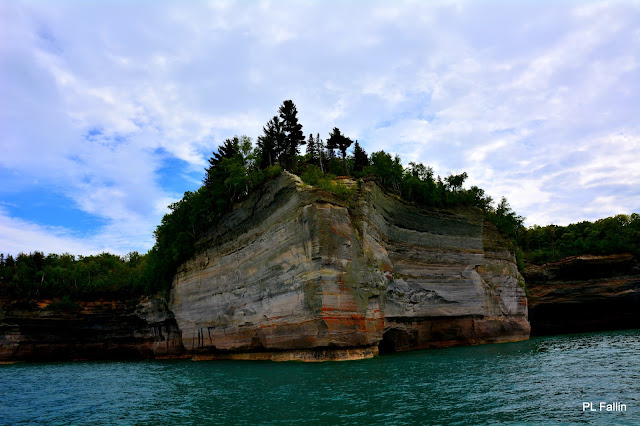 I called to the Lord, who is worthy of praise,
and I have been saved from my enemies.
The cords of death entangled me;
the torrents of destruction overwhelmed me.
The cords of the grave coiled around me;
the snares of death confronted me.
In my distress I called to the Lord;
I cried to my God for help.
From his temple he heard my voice;
my cry came before him, into his ears.
The earth trembled and quaked,
and the foundations of the mountains shook;
they trembled because he was angry.
Smoke rose from his nostrils;
consuming fire came from his mouth,
burning coasts blazed out of it.
He parted the heavens and came down;
dark clouds were under his feet.
He mounted the cherubim and flew;
he soared on the wings of the wind.
He made darkness his covering his canopy around him--
the dark rain clouds of the sky.
Out of the brightness of his presence clouds advanced,
with hailstones and bolts of lightning.
The Lord thundered from heaven;
the voice of the Most High resounded.
He shot his arrows and scattered the enemy,
with great bolts of lightning he routed them.
The valleys of the sea were exposed
and the foundations of the earth laid bare
at your rebuke, Lord,
at the blast of breath from your nostrils.
He reached down from on high and took hold of me;
he drew me out of deep waters.
He rescued me from my powerful enemy,
from my foes, who were too strong for me.
They confronted me in the day of my disaster,
but the Lord was my support.
He brought me out into a spacious place;
he rescued me because he delighted in me. 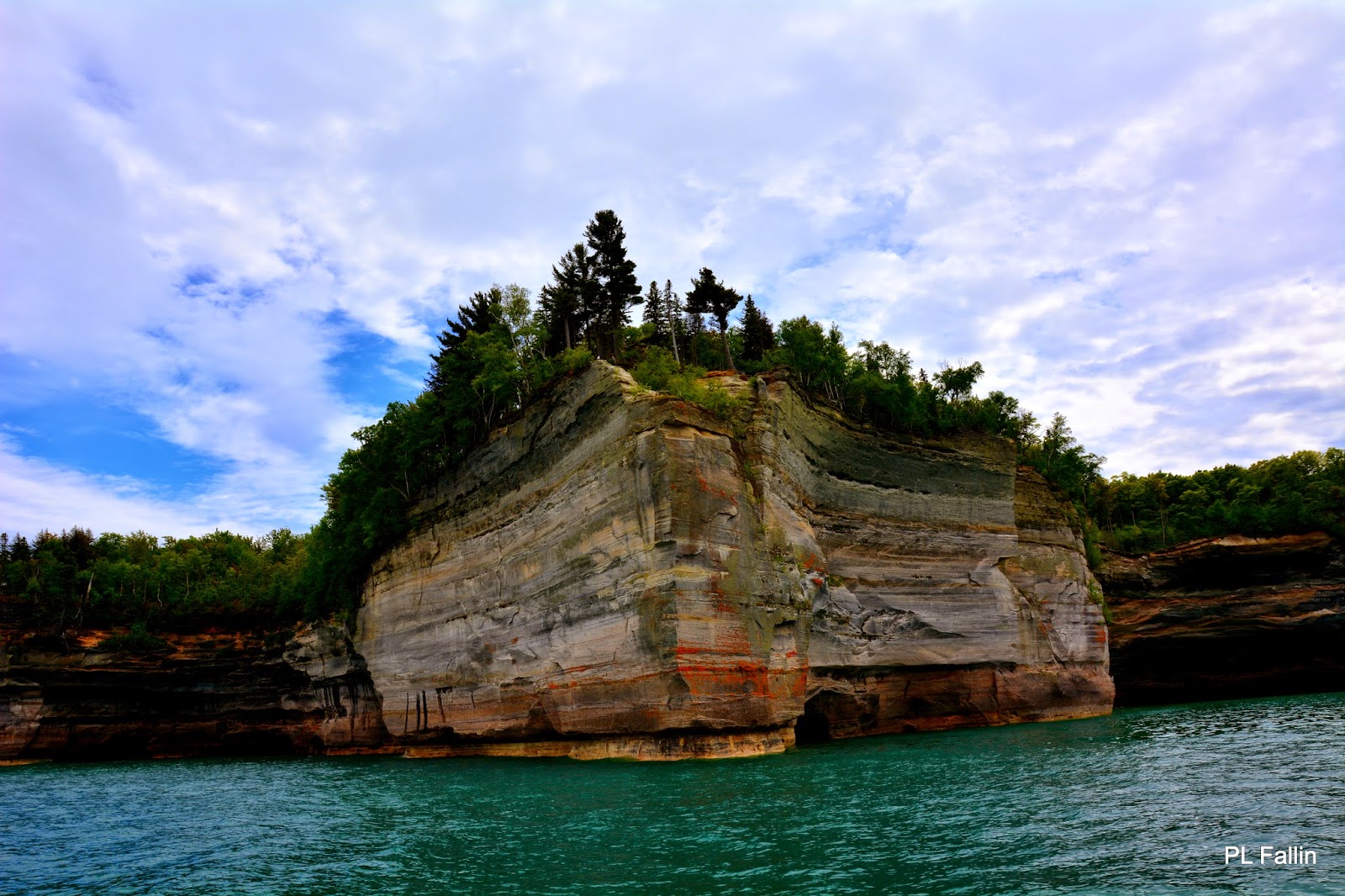 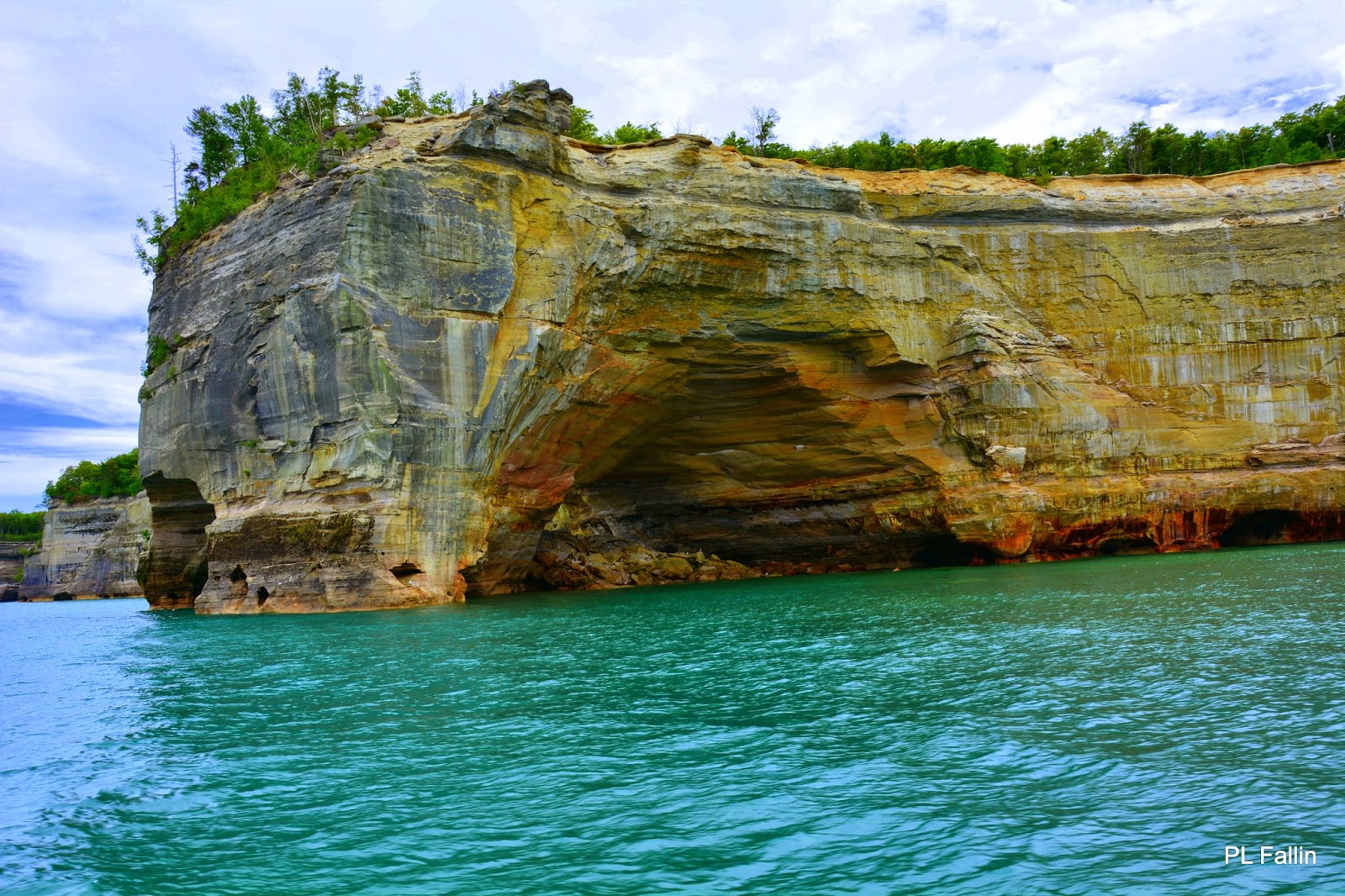 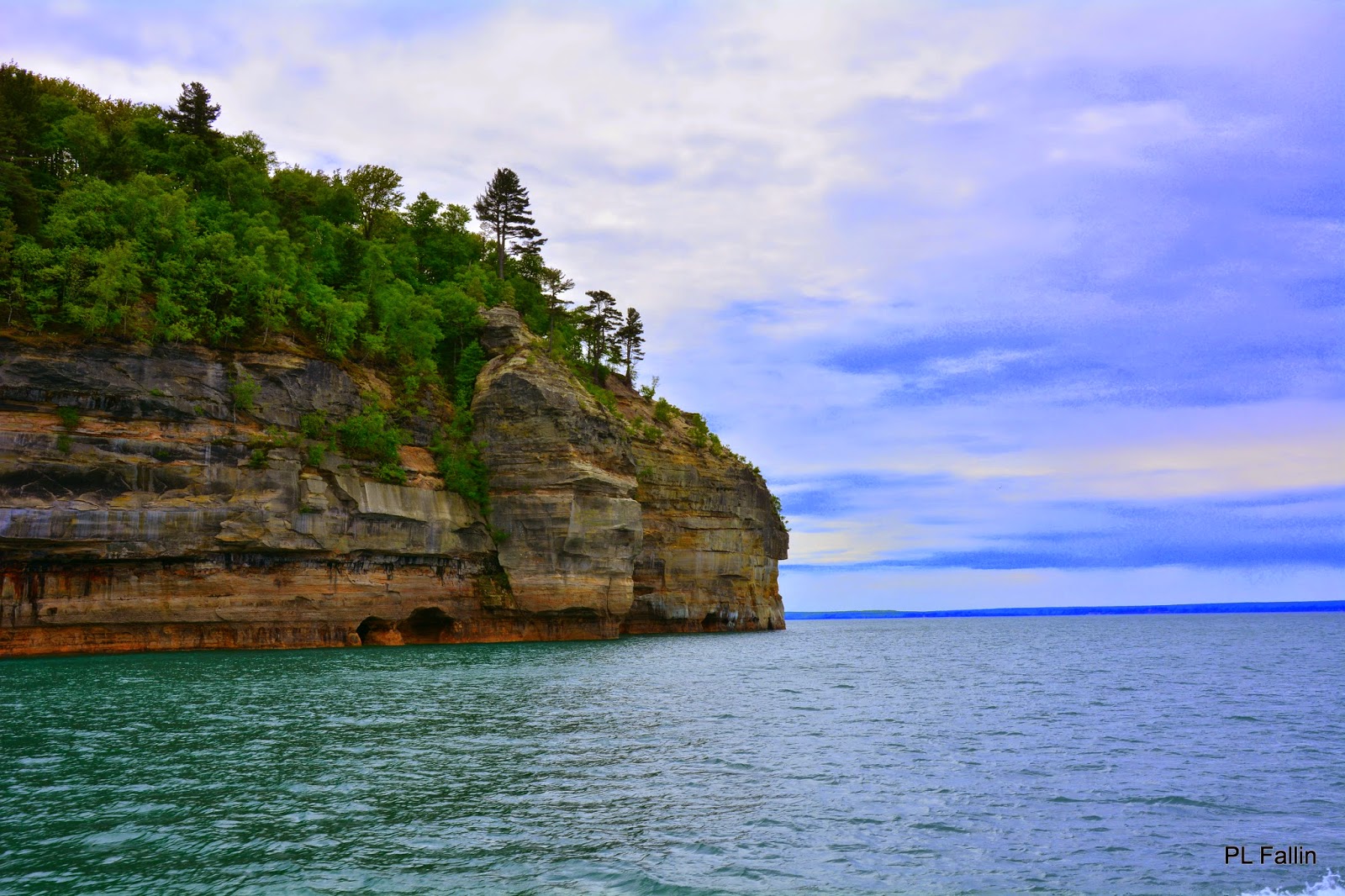 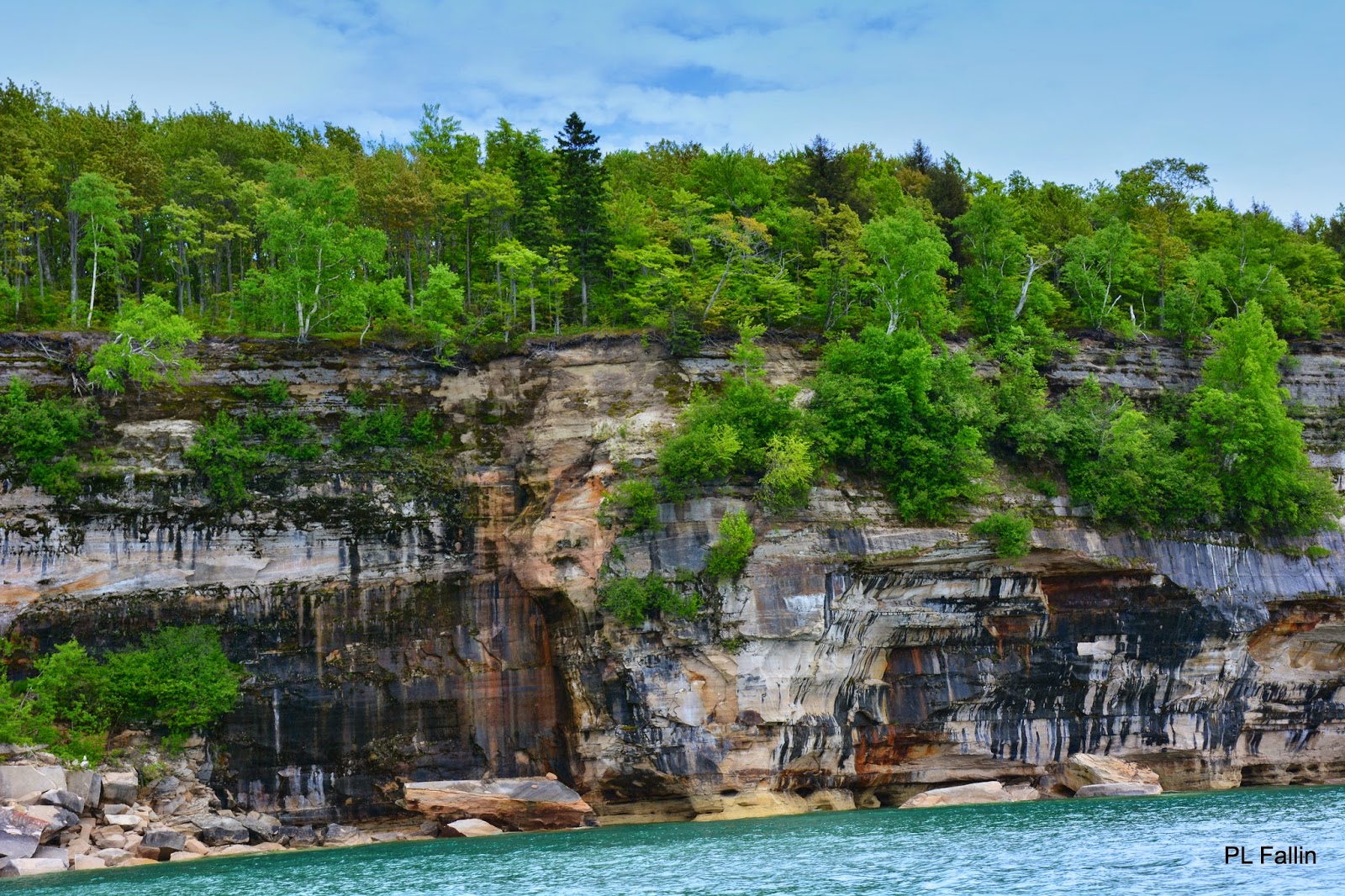 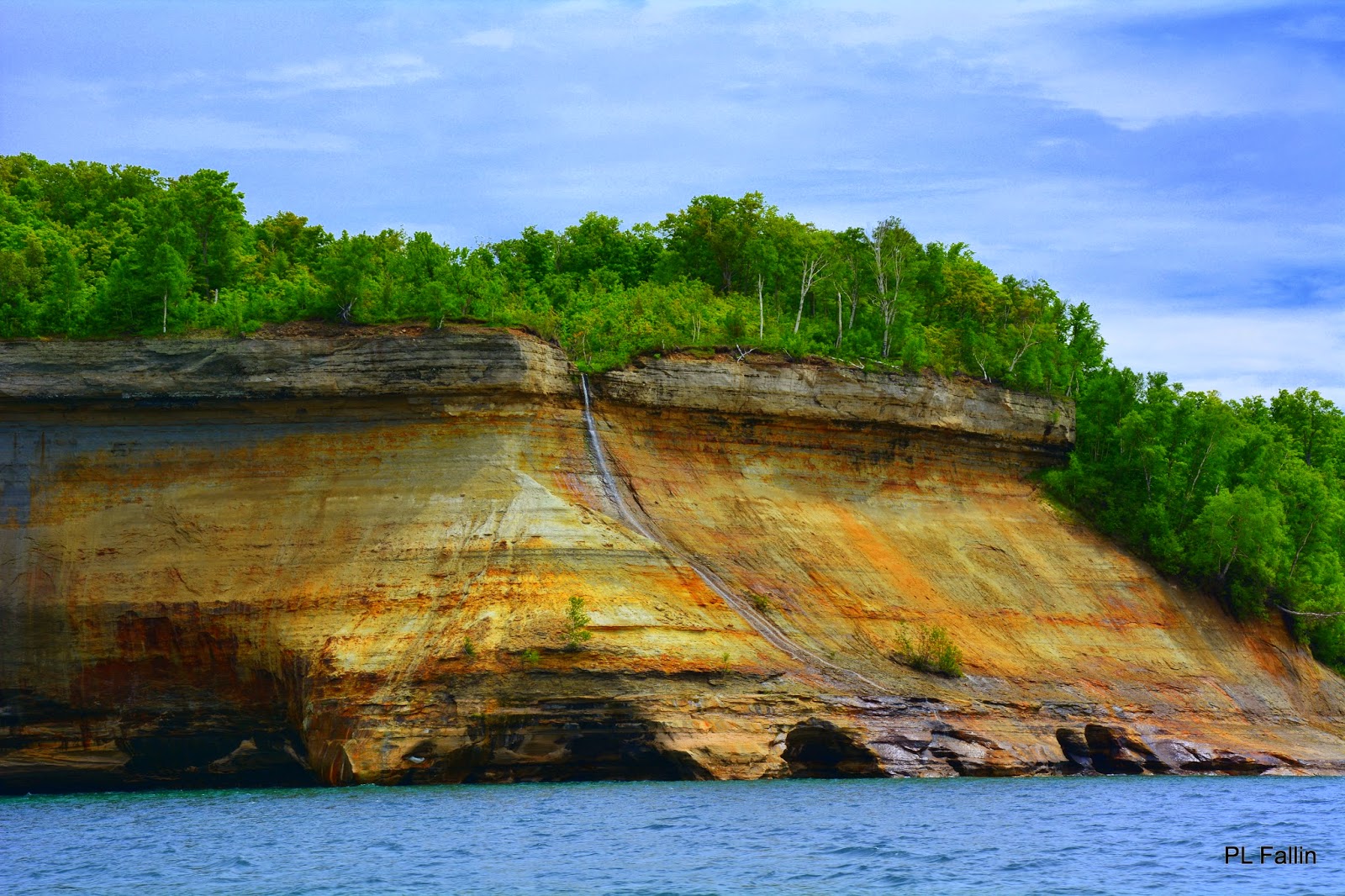 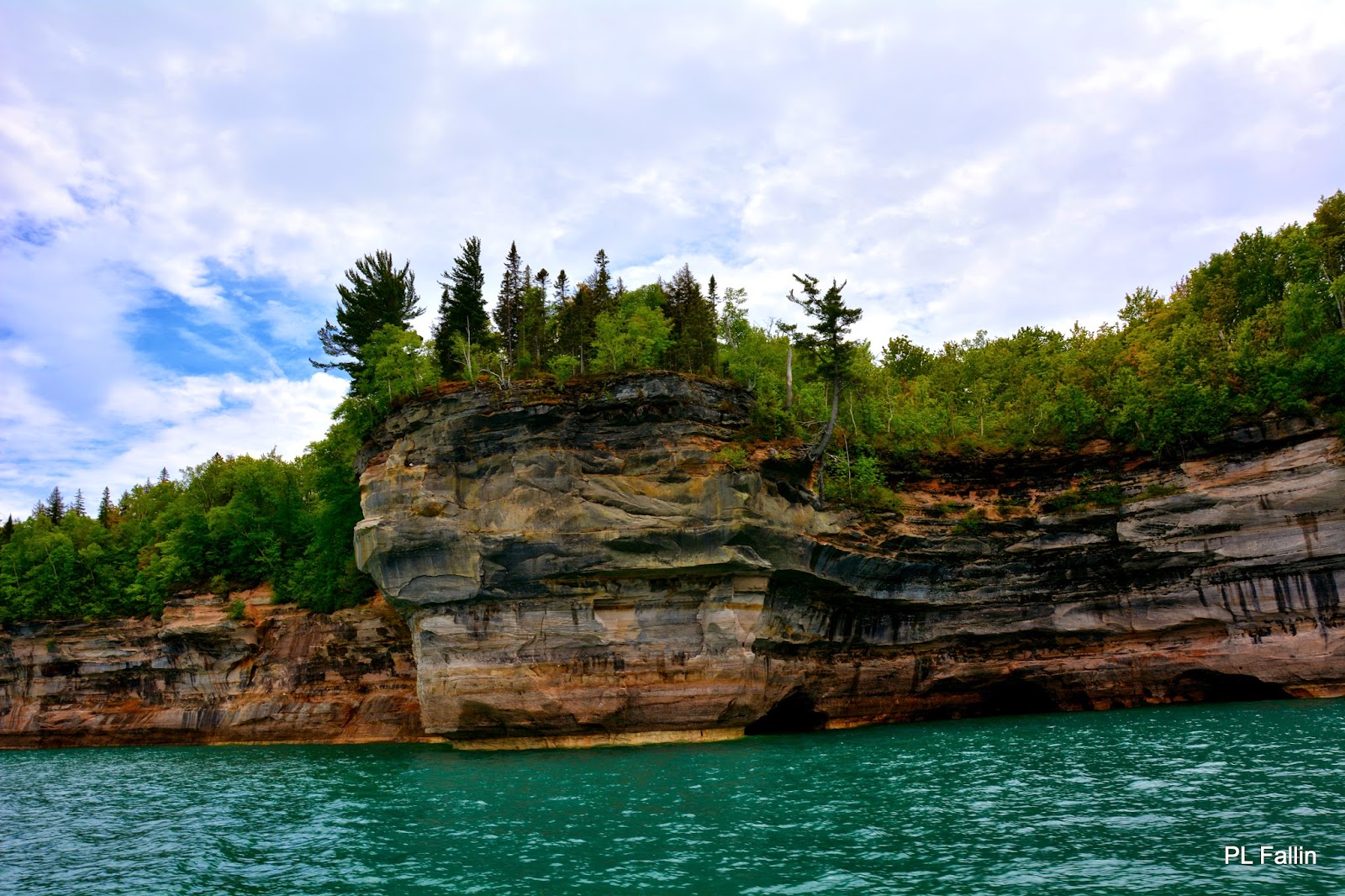 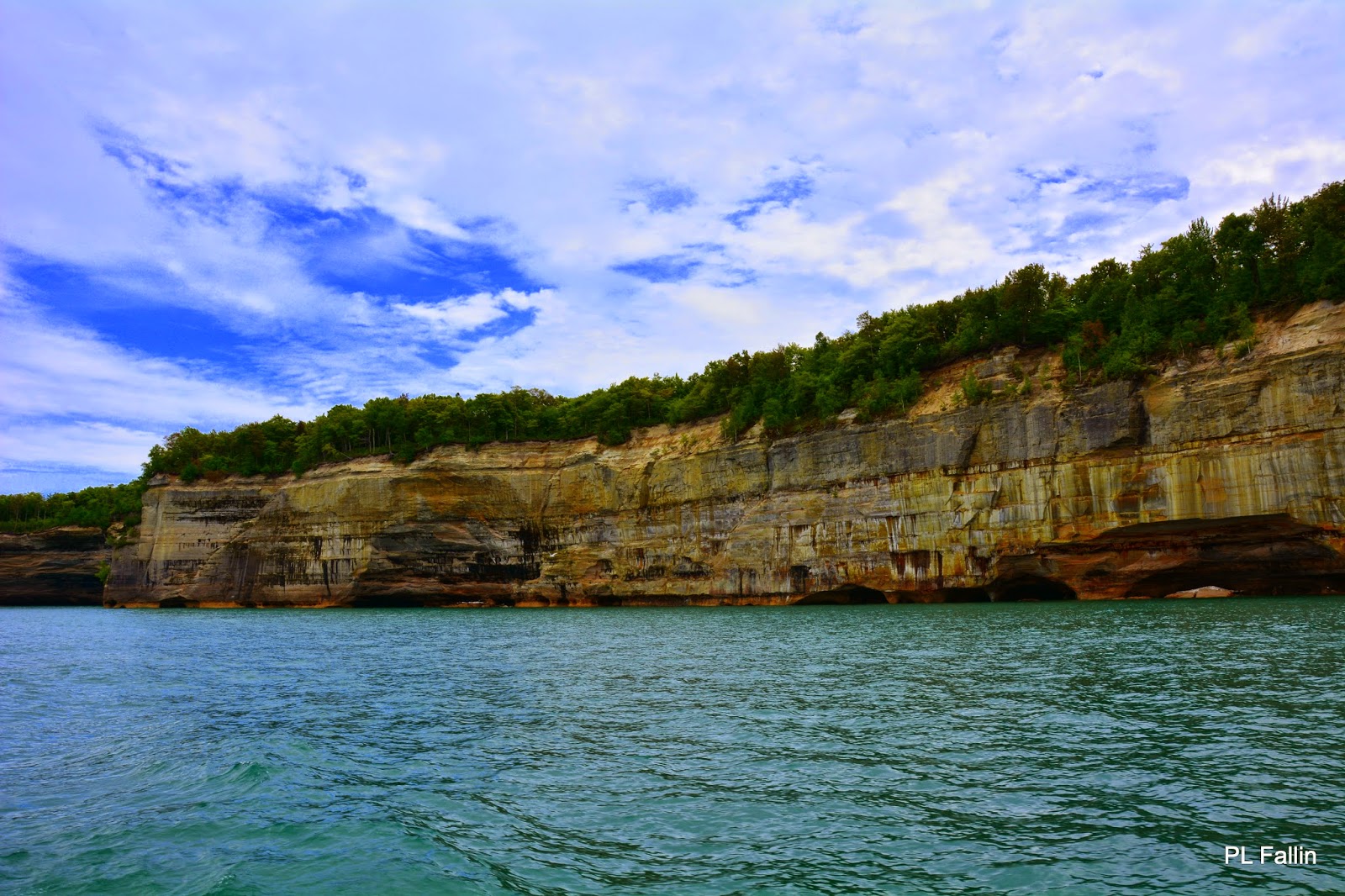 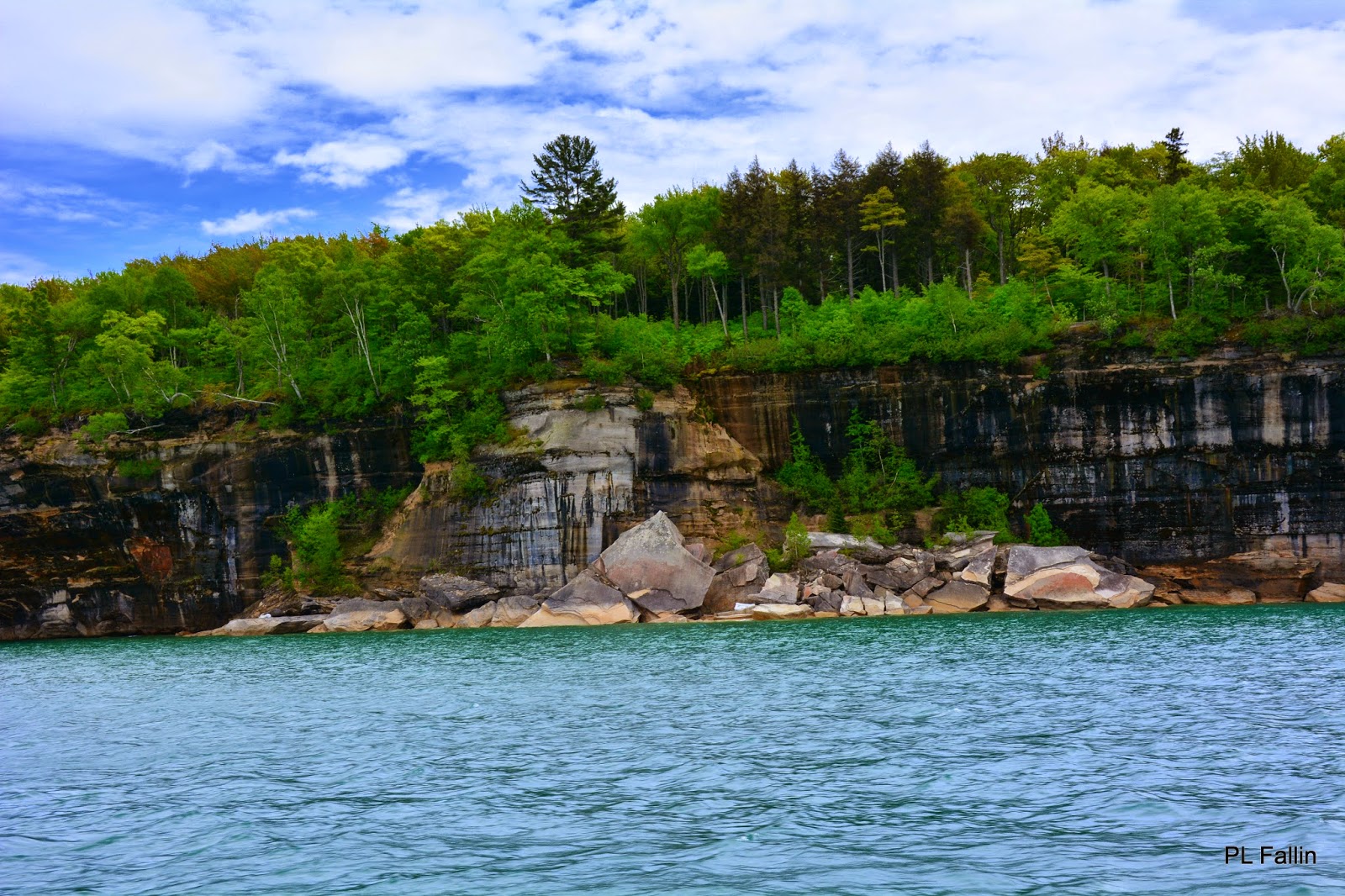 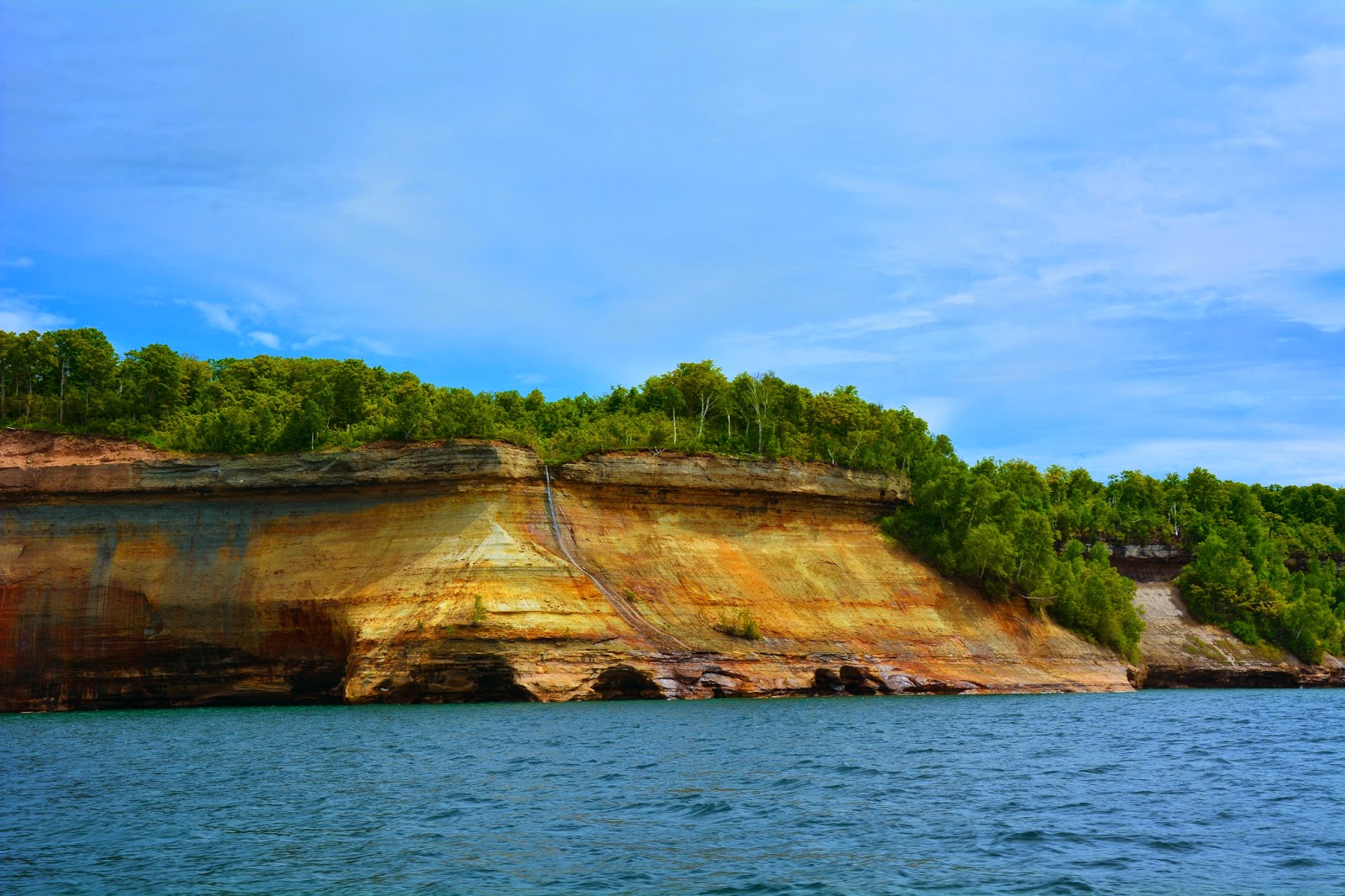 These pictures were taken during the summer when we visited friends Tom and Melody in Marquette Michigan.  The Pictured Rocks National Lakeshore is located is located on the south shore of Lake Superior in upper Michigan, between the communities of Munising (west) and Grand Marais (east).  It was a two hour boat tour and worth every minute.  We saw spectacular multicolored sandstone cliffs, pristine beaches, sand dunes, waterfalls, and caves.
Posted by plfallin at 5:38 PM No comments: