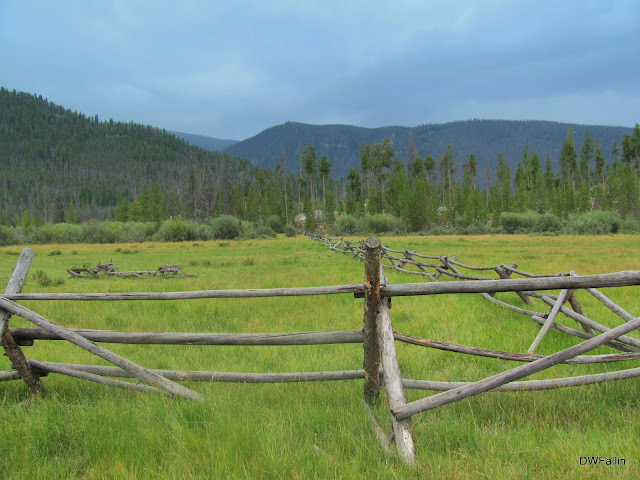 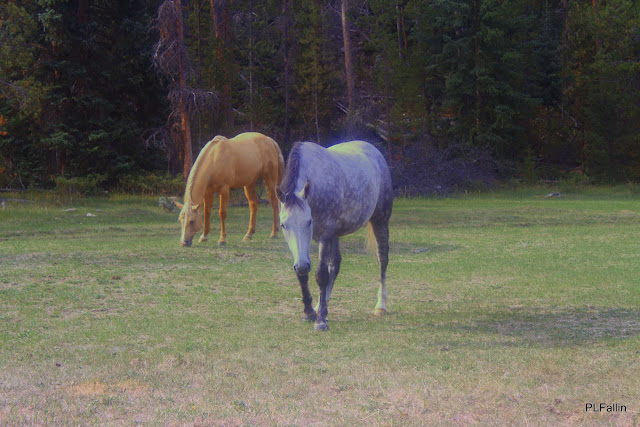 few photos of Summerland Park on the North Inlet Trail to Cascade Falls; I particular like seeing the horses grazing in the pasture. I don't have the language skills to write a pastoral elegy like John Milton.

I never hear anything about the work of the poet "John Milton" except in a University English classroom.  His writing style is of a highly educated man and far more sophisticated and elegant then writers today. He had a command of the English language and knew how to use words like a painter uses brush strokes to produce a brilliant effect.  Lycidas is a pastoral elegy which is why I thought about John Milton with the pastoral scene at Summerland Park.

Several verses from John Milton's "Lycidas" to stir the imagination:

"Thee Shepherd, thee the Woods, and desert Caves,
With wilde Thyme and the gadding Vine o'regrown,
And all their echoes mourn.
The Willows, and the Hazle Copses green,
Shall now no more be seen,
Fanning their joyous Leaves to thy soft layes.
As killing as the Canker to the Rose,
Or Taint-worm to the weanling Herds that graze,
Or Frost to Flowers, that their gay wardrop wear,
When first the White thorn blows;
Such, Lycidas, thy loss to Shepherds ear."

John Milton (Bewails a  friend, who drowned in his Passage
from Chester on the Irish Seas, 1637.)
Posted by plfallin at 8:33 PM No comments: