'Because I could not stop for Death' by Emily Dickinson 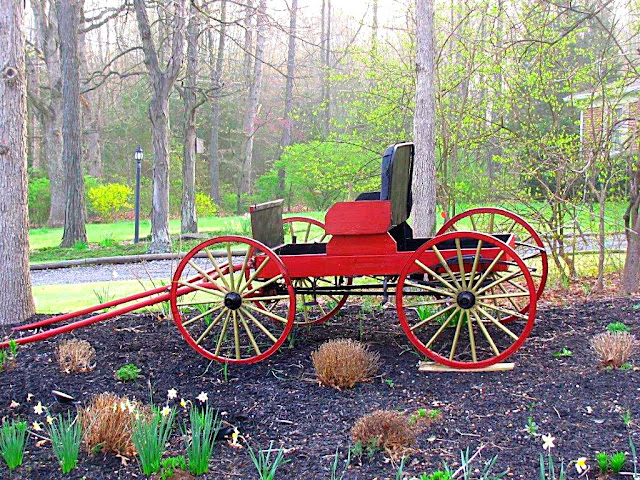 Because I could not stop for Death

Because I could not stop for Death--
He kindly stopped for me--
The Carriage held but just Ourselves--
And Immortality.

We slowly drove--He knew no haste
And I had put away
My labor and my leisure too,
For His Civility--

Or rather--He passed us--
The Dews drew quivering and chill--
For only Gossamer, my Gown--
My Tippet--only Tulle--

The Red Buggy:
The picture of the red buggy was taken outside of Wellsville, PA.  Wellsville has changed very little visually during the twentieth century; the borough's appearance has remained that of a nineteenth-century community, complete with brick sidewalks and Gothic Revival and Greek Revival houses. Because of its unusually high quality of preservation, nearly all of the community was placed on the National Register of Historic Places in 1977 as the "Wellsville Historic District".
Posted by plfallin at 5:42 PM No comments: