The Dalliance of the Eagles

The Road of the Eagles 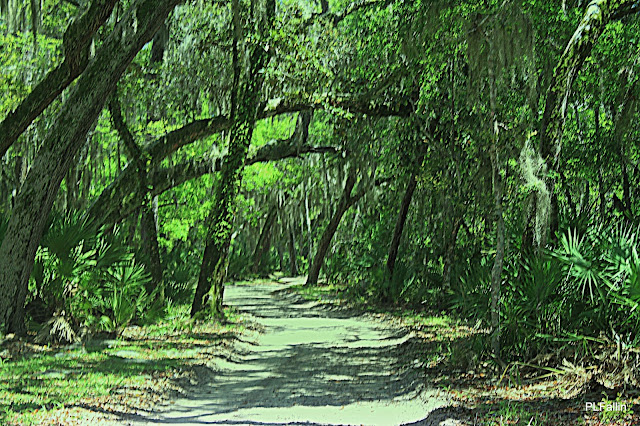 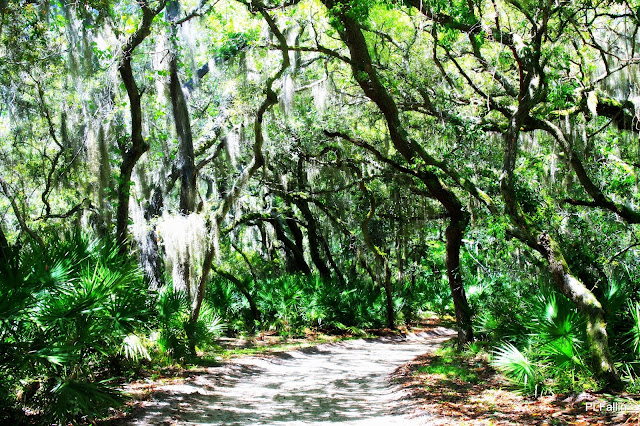 This is the road that leads to several Eagle nests in Princess Preserve Park of Flagler County.  I saw several young eagles but I did not see any large birds.  I have visited the Eagle site several times and still have not been fortunate to see the larger adults.

Walt Whitman had never seen the bald eagle's courtship ritual called cartwheeling.  He wrote "The Dalliance of the Eagles" based on the description a friend had given him of this extraordinary display. In the poem "The Dalliance of the Eagles" he had a deeper meaning then the courtship of eagles.  It symbolizes that as humans, we are courting with death for the thrill of being and the joy of living. Most of us want something that safe living does not provide. We all want to cartwheel through life uncertain if this will be our very last moment. It gives us living in this moment. It does not mean we should go out and live dangerously, but look deeper to find that which is our deepest longing. Then chase it passionately.


THE DALLIANCE OF THE EAGLES
by Walt Whitman 1880

Skirting the river road, (my forenoon walk, my rest,)
Skyward in the air a sudden muffled sound, the dalliance of the eagles,
The rushing amorous contact high in space together,
The clinching interlocking claws, a living, fierce, gyrating wheel,
Four beating wings, two beaks, a swirling mass tight grappling,
In tumbling turning clustering loops, straight downward falling,
Till o'er the river pois'd, the twain yet one, a moment's lull,
A motionless still balance in the air, then parting, talons loosing,
Upward again on slow-firm pinions slanting, their separate diverse flight,
She hers, he his, pursuing.

Whitman is regarded as one of America’s most significant nineteenth century poets. Born on Long Island, Whitman grew up in Brooklyn and received limited formal education. His occupations during his lifetime included printer, schoolteacher, reporter, and editor.  Whitman’s self-published Leaves of Grass was inspired in part by his travels through the American frontier. As the first writer of truly American poetry, Whitman’s legacy endures and he has influenced many poets of the twentieth century.
Posted by plfallin at 9:35 PM