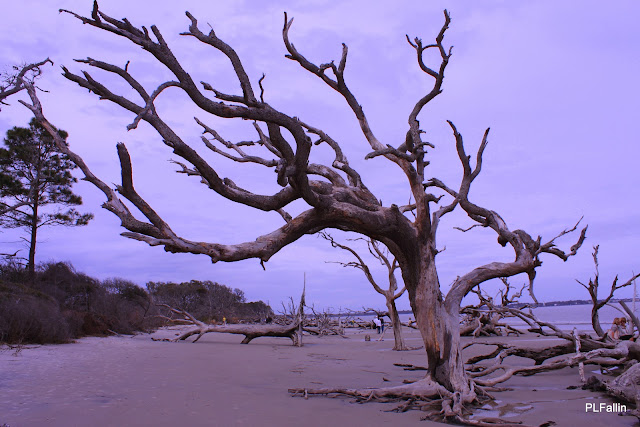 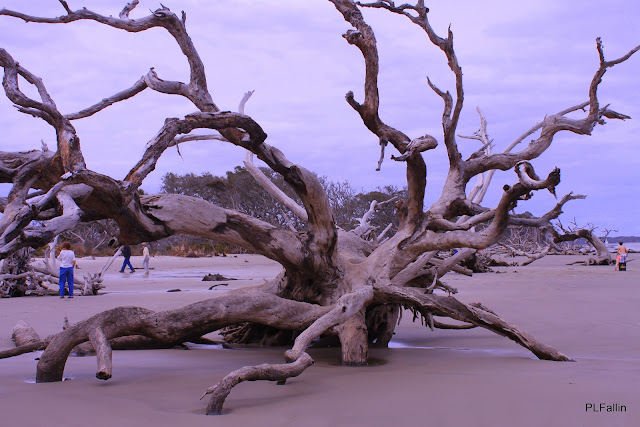 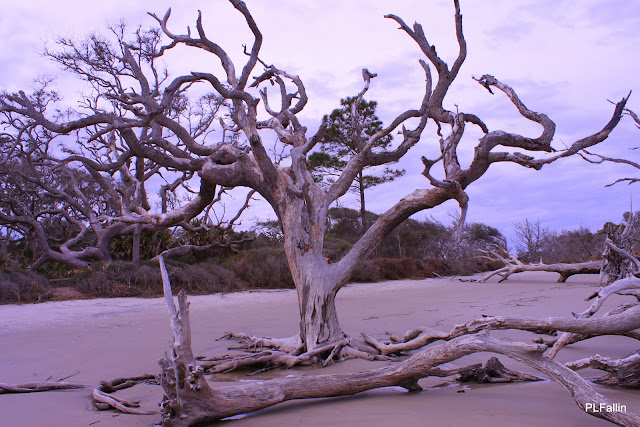 The beach has driftwood and trees that resemble a tree graveyard. This is due to the north end of the island slowly eroding away and being deposited on the south end of the island.  The shoreline is strewn with the remains of fallen trees.  Deposited by storms, the uprooted, fallen trees are bleached and scoured bare by the fierce ocean winds and appear quite ghostly.

In a Disused Graveyard

The living come with grassy tread
To read the gravestones on the hill;
The graveyard draws the living still,
But never anymore the dead.
The verses in it say and say:
"The ones who living come today
To read the stones and go away
Tomorrow dead will come to stay."
So sure of death the marbles rhyme,
Yet can't help marking all the time
How no one dead will seem to come.
What is it men are shrinking from?
It would be easy to be clever
And tell the stones: Men hate to die
And have stopped dying now forever.
I think they would believe the lie.
By Robert Frost

Robert Frost is a renowned American poet and four times Pulitzer Prize winner. ... His memorial on the graveyard reads, 'I had a lover's quarrel with the world' ...
Posted by plfallin at 9:56 PM No comments: