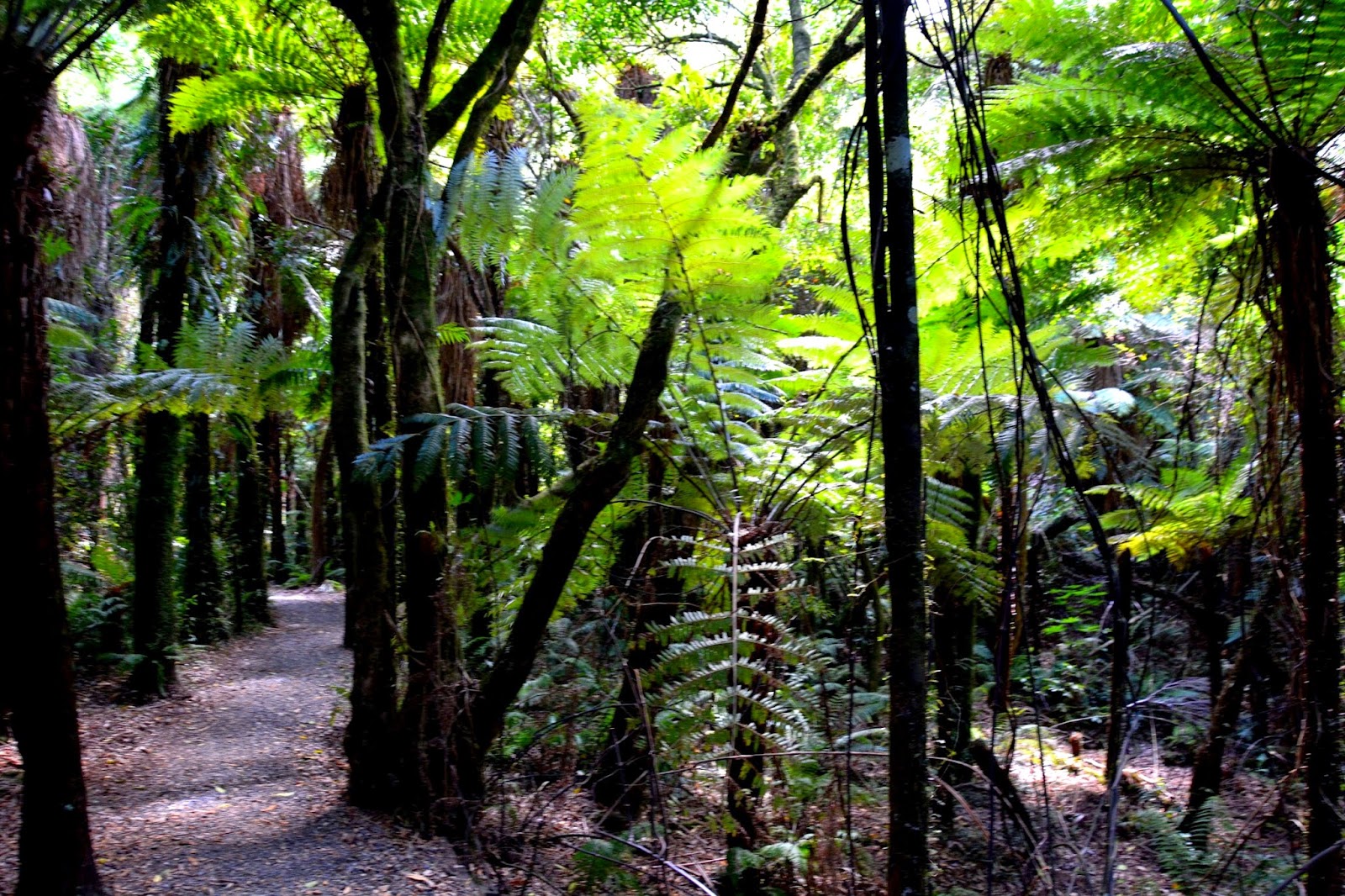 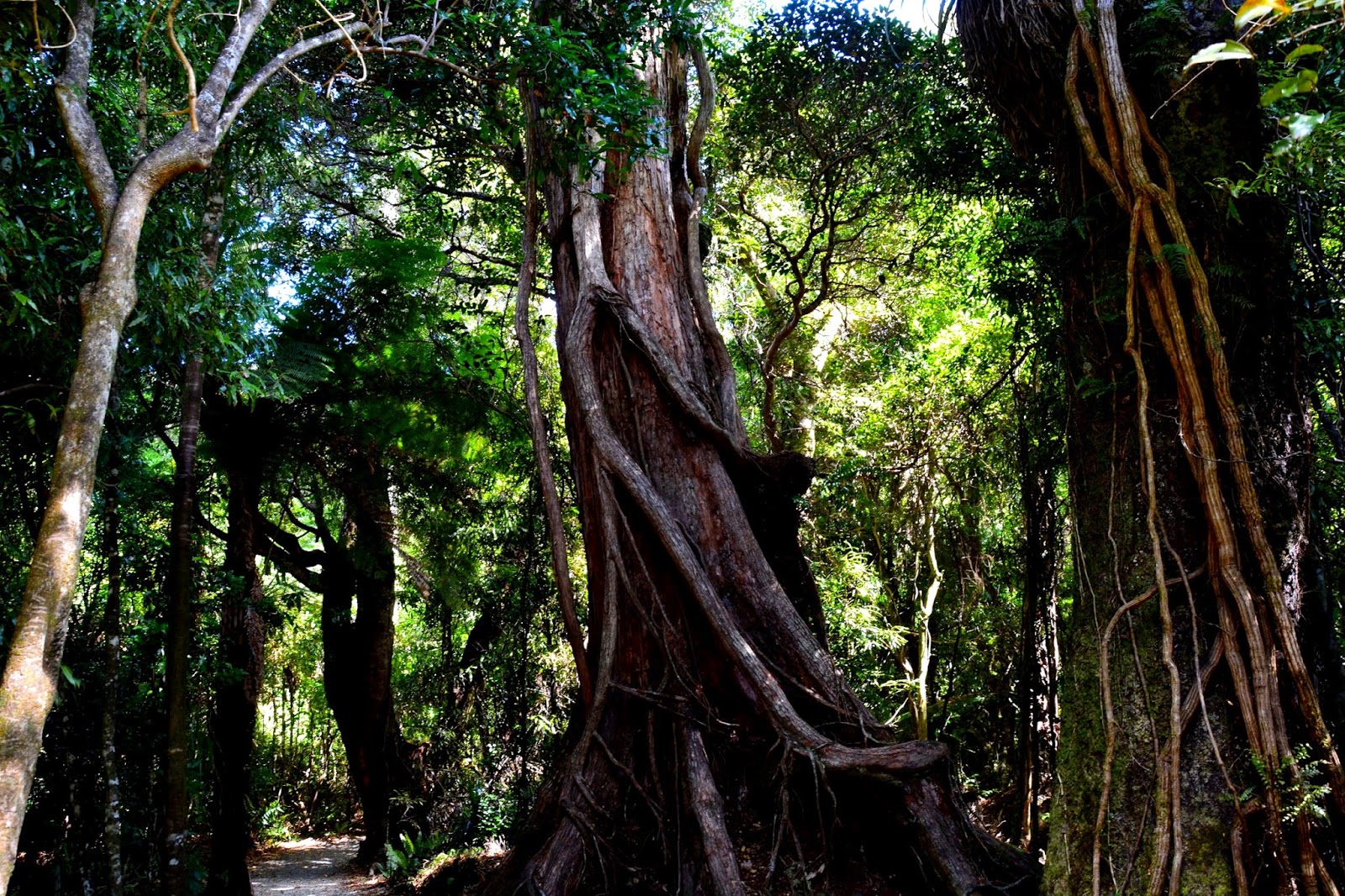 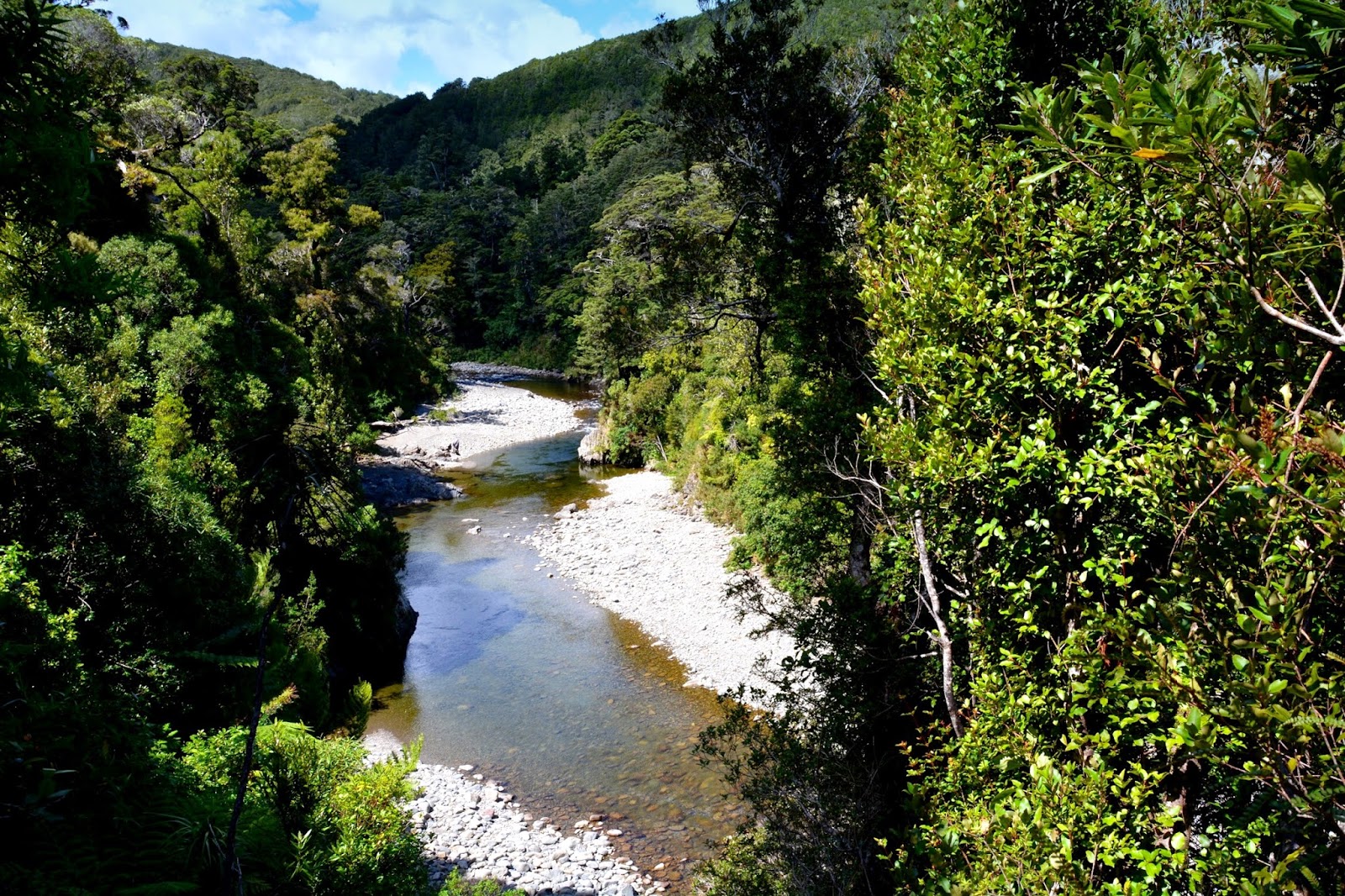 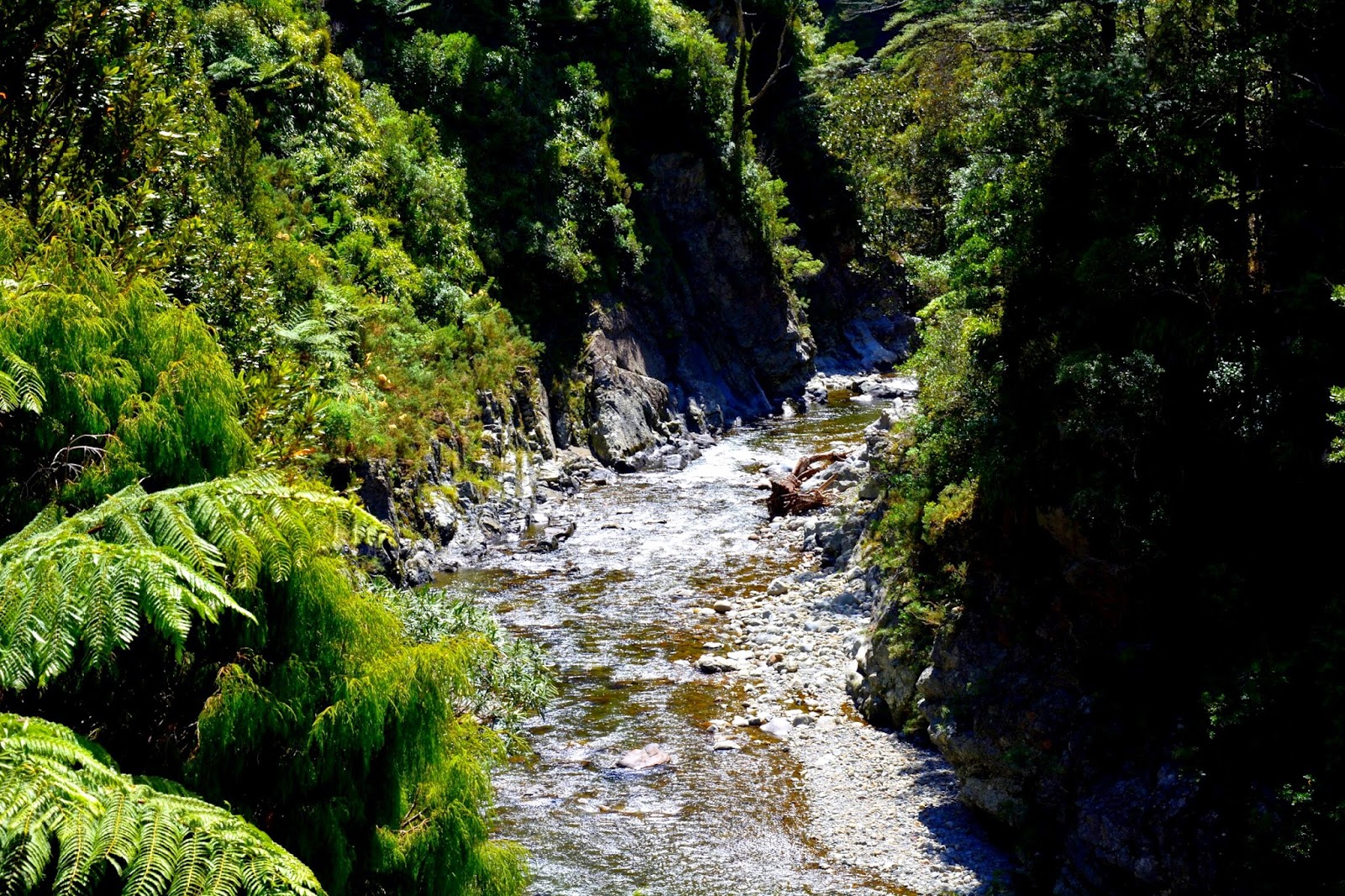 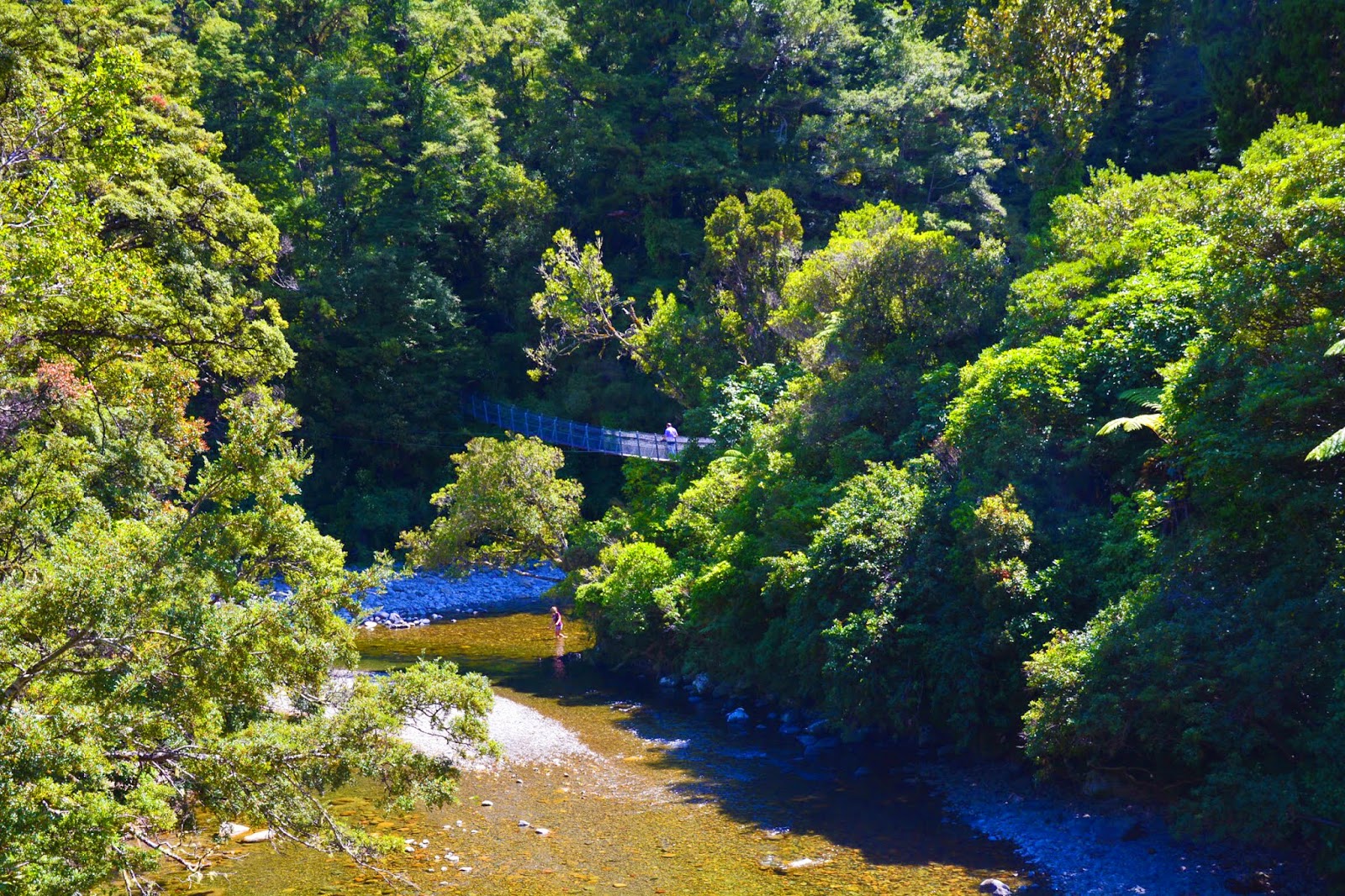 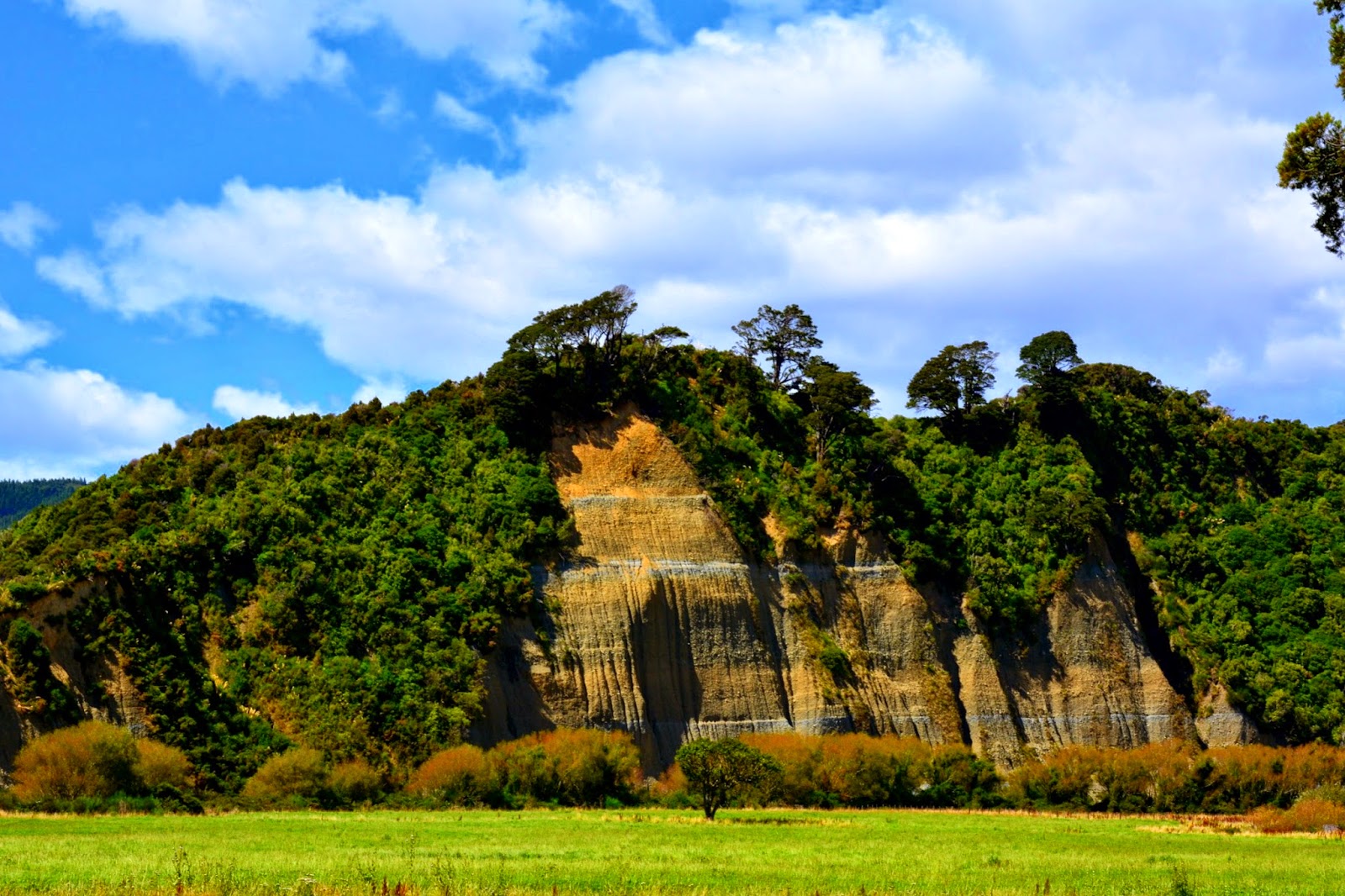 I hiked the trail at Kaitoke Regional Park where Rivendell was filmed for Lord
of the Rings. There were no elves to be seen among the primeval rainforest, Mirkwood elfish trees, Loudwater River and its swing bridge.  Giant spiders were not visible either but probably hidden in the tree tops spying on me. The river was low and very dry so it was too hot for elves and spiders. 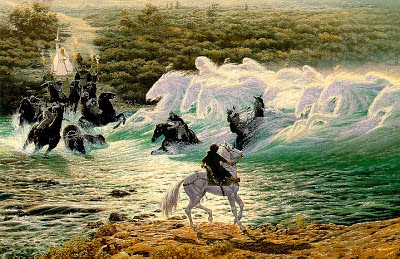 During the Quest for the Lonely Mountain, Thorin Oakenshield and Company stopped off at Rivendell. Rivendell, also known as Imladris, was an Elven outpost in Middle-earth. It is also referred to as "The Last Homely House East of the Sea".  Rivendell was located at the edge of a narrow gorge of the river Loudwater but well hidden in the moorlands and foothills of the Misty Mountains.  In Lord of the Rings, Arwen carrying Frodo on her horse, outruns the Black Riders to reach Rivendell.  She called upon the river for protection like elves can do and the river Loudwater became galloping horses charging after the Black Riders.