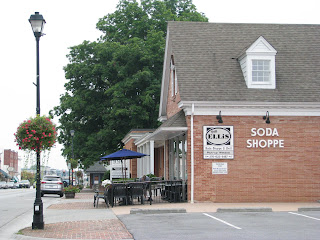 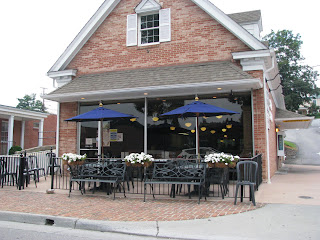 We visited Abingdon, Virginia this afternoon while staying in Bristol.  It has a lot of history dating back to Daniel Boone.  In 1760, frontiersman, Daniel Boone, named the area Wolf Hills, after his dogs were attacked by a pack of wolves during a hunting expedition.  We stopped at the Ellis Soda Shoppe that was once a drug store.  They had many of the old drug store items on display.  I liked the 2 dozen or more tin platters hanging on the wall of the Coca-Cola Girls.  It gave the old country drug store a nostalgic atmosphere of days 'gone by'.
Posted by plfallin at 7:26 PM