Land of Blue Smoke Legend of "The Great Bear" 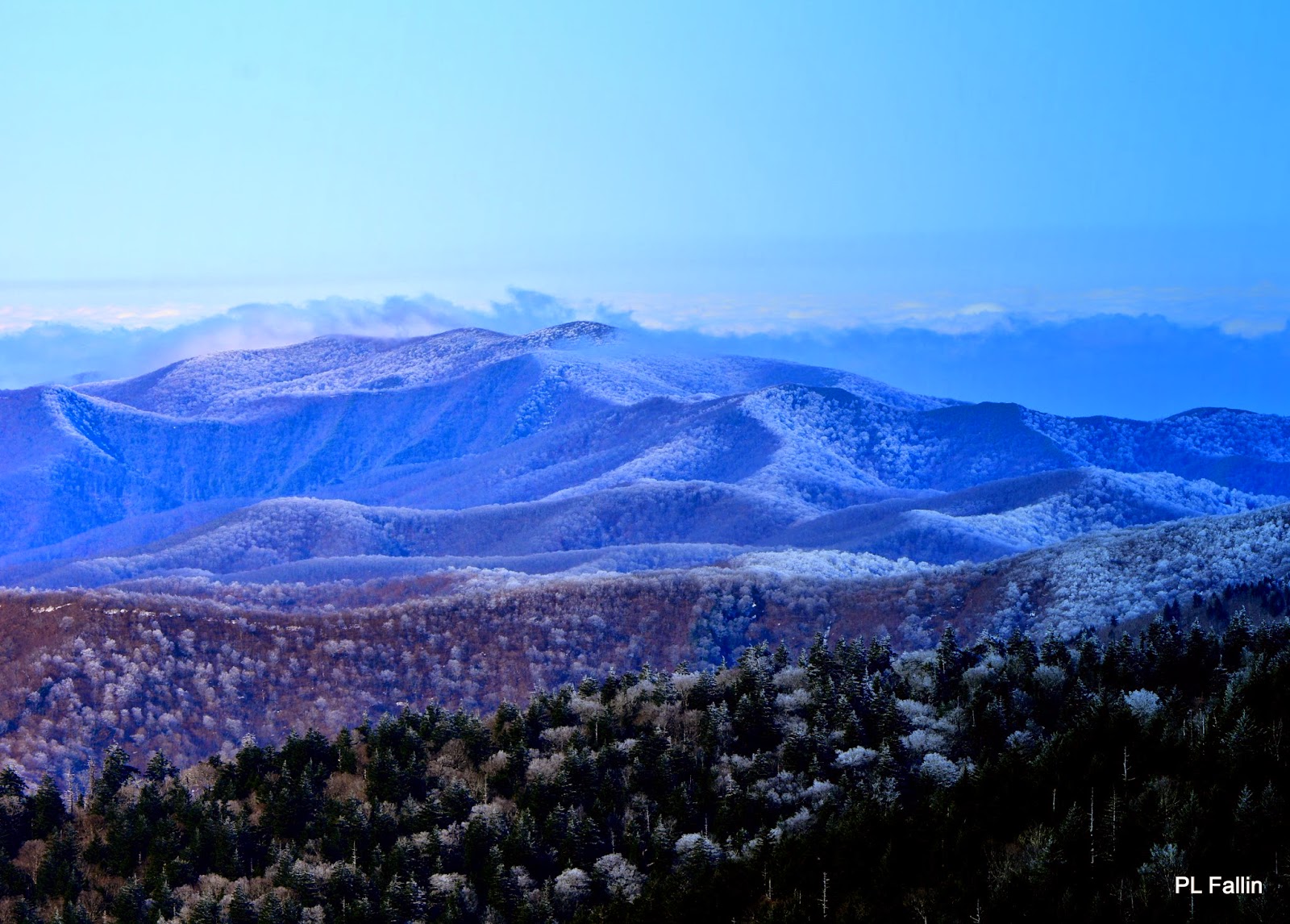 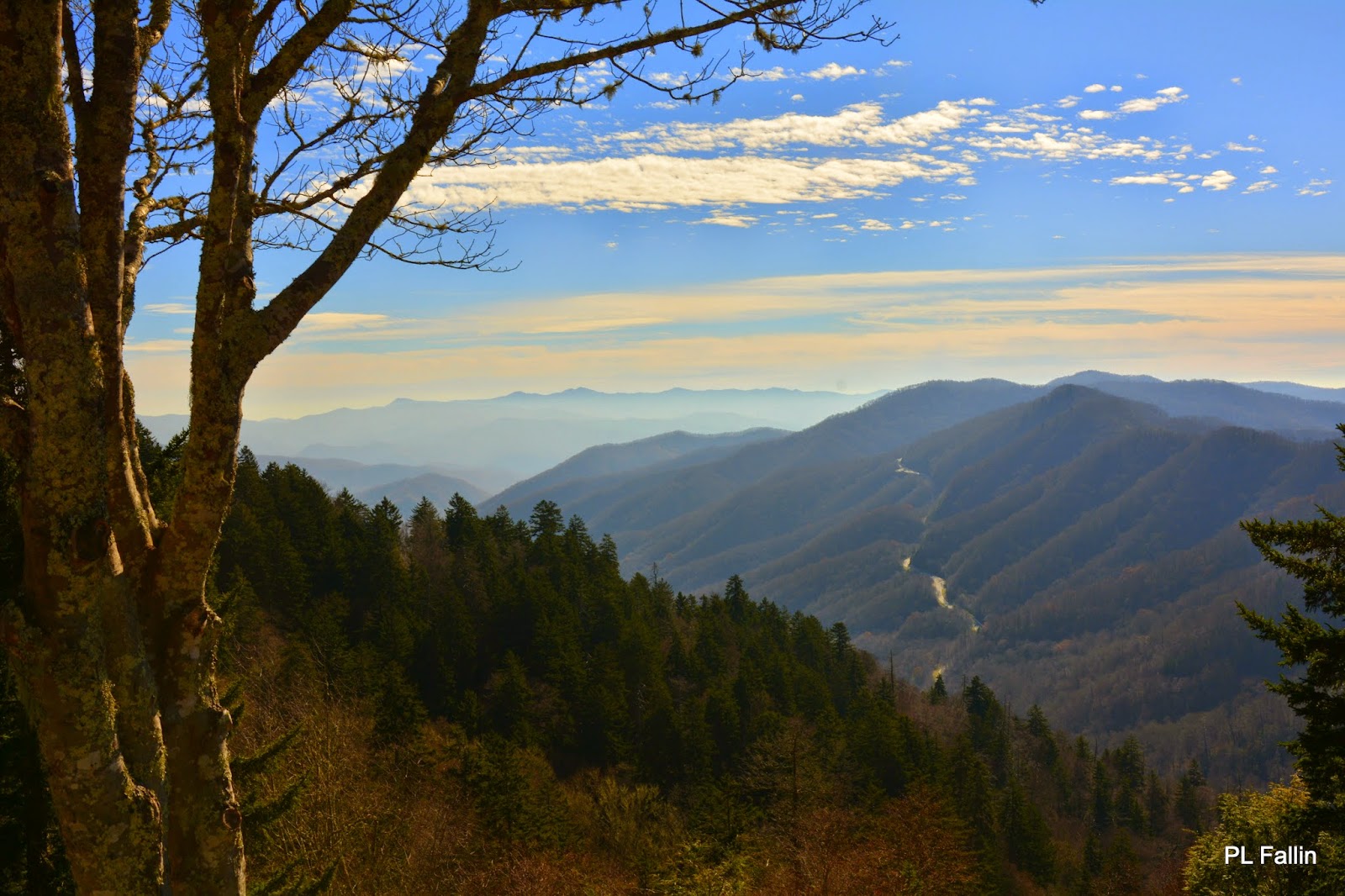 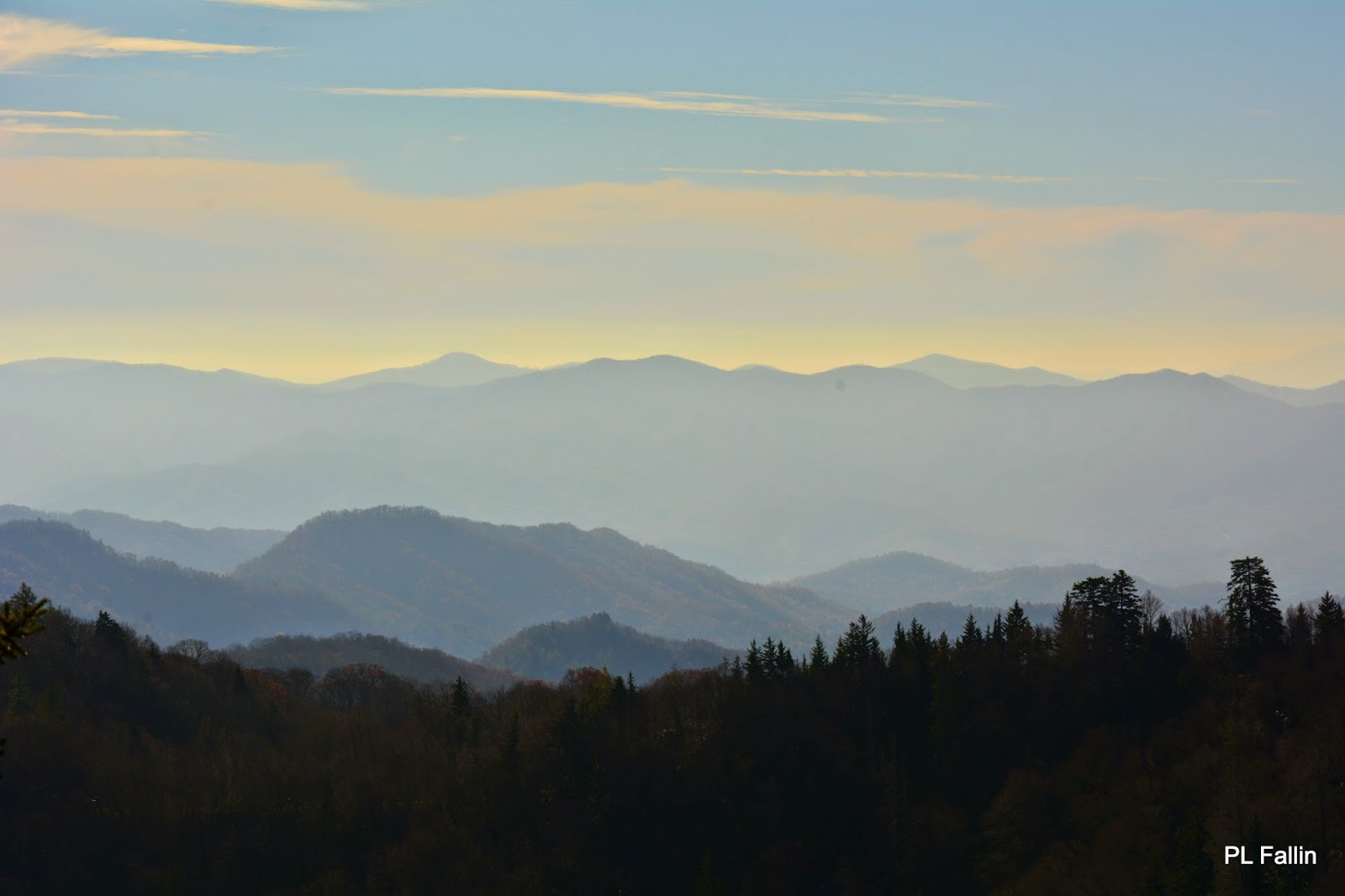 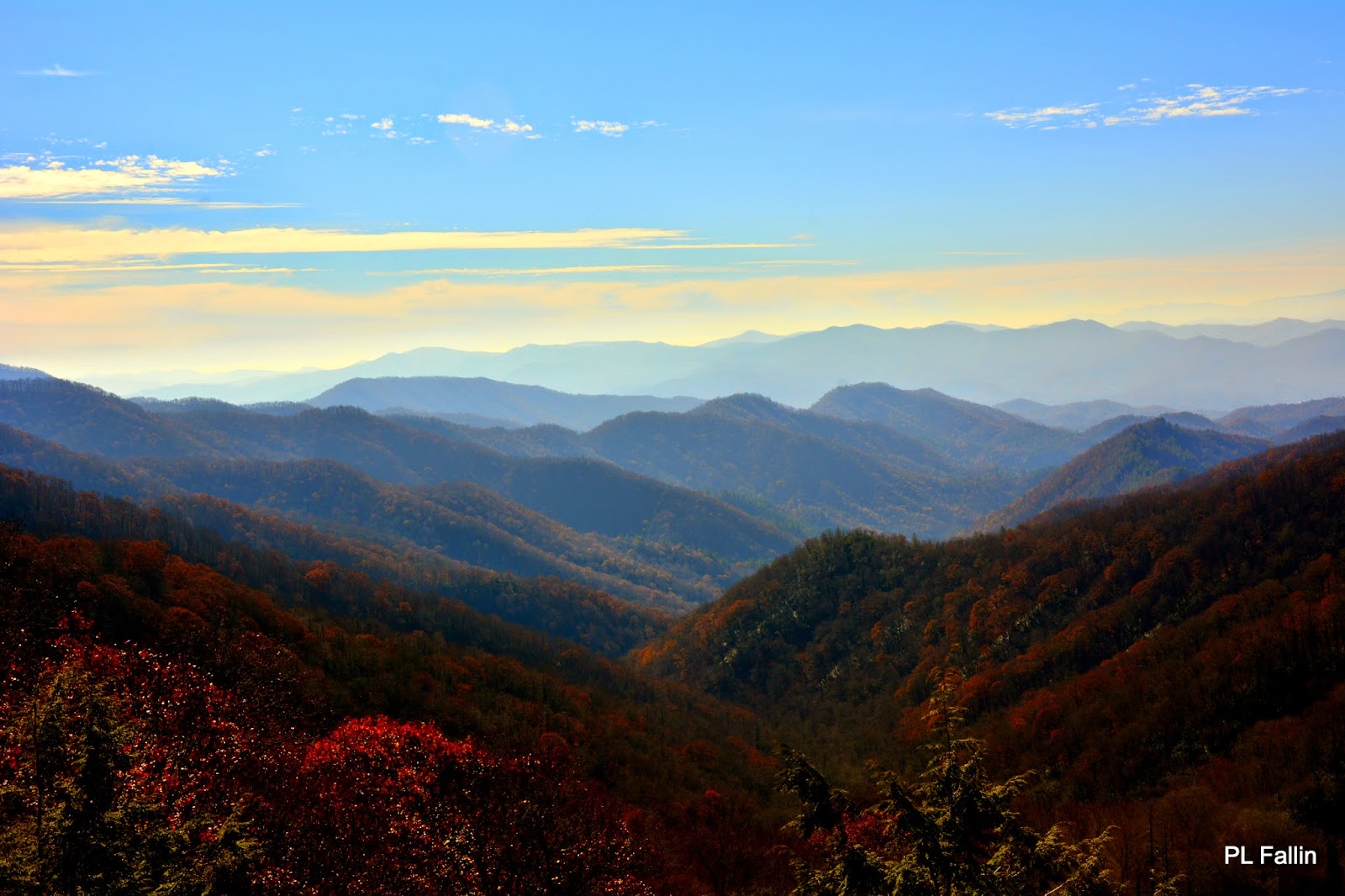 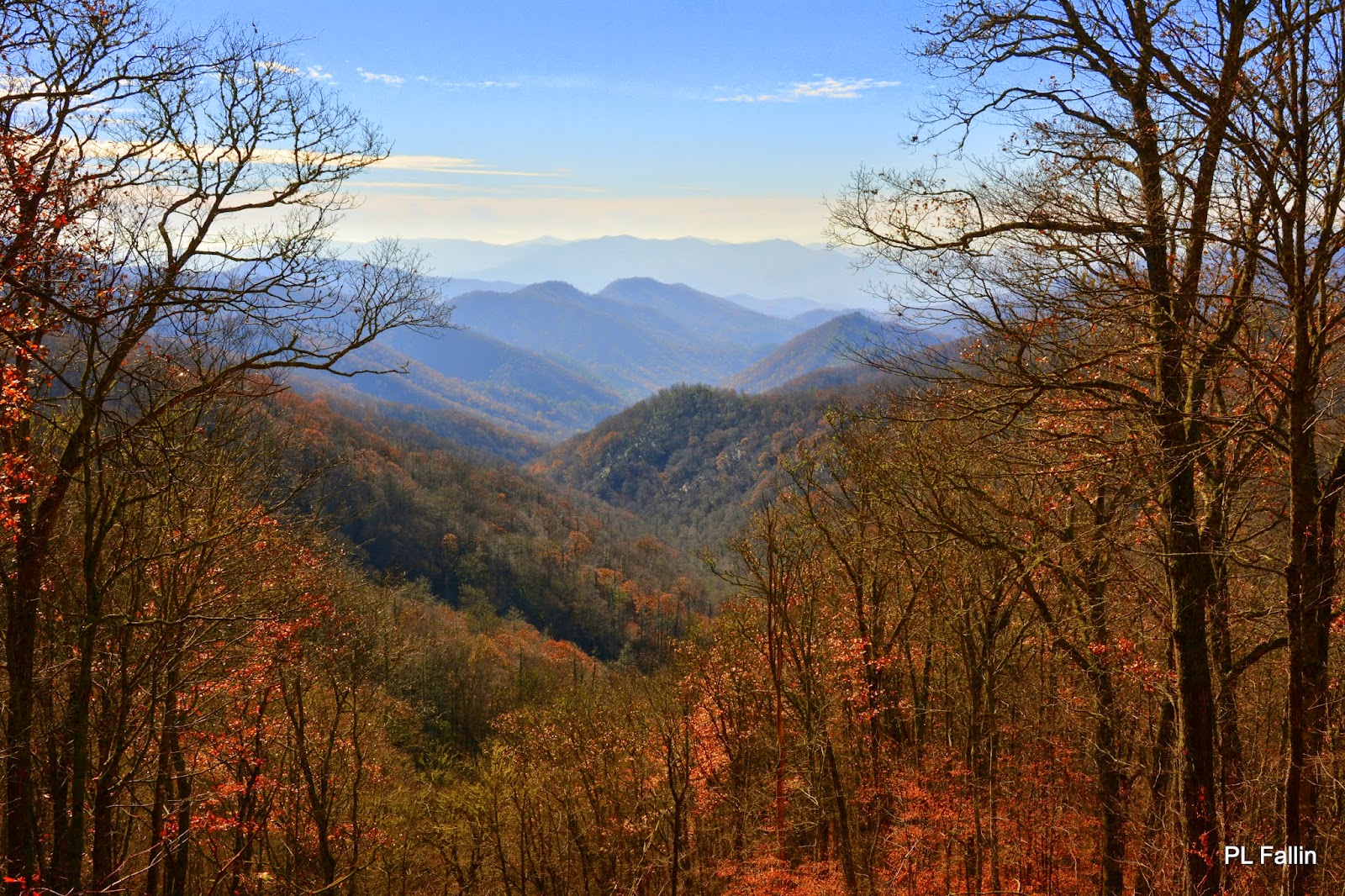 The Land of Blue Smoke is my ancestral homeland of the Cherokees.  I cannot say enough of its beauty, misty and smoky peaks.  The Cherokee people called them, "Kuwah'hi" or Sacred Mountain. Today we call them the Smoky Mountains, the single longest and second highest mountain range in the Blue Ridge Mountain Province. When the Cherokee speak of the Sacred Mountain, "Kuwah'hi," they are specifically talking about the pinnacle crown of the Great Smoky Mountains, Clingman's Dome. Here at its highest wind blown and remote reaches of the upper Smokies, it was believed by the Cherokee people that the "Great White Bear," ruled the spirit world above all the earth.  The legend of  "The Great Bear" and how the Maple Tree leaves turn scarlet each autumn.


The Great Bear
A giant bear was reported to four hunters in a nearby village, these four brave hunters were also brothers who's exploits as hunters were legendary. A monster of a bear called Nyah-gwaheh was stalking and terrorizing the village in a neighboring territory. The people of the village were so afraid that even the children did not play in the woods.
To conquer the giant bear, the hunters must find the bear's tracks first and take the lead in pursuing the bear. If the giant bear were to spot the hunters first it will pursue the hunters to their end, this giant bear was considered to have powerful magic at its disposal. Whenever the people of the village had tried to follow the bear's tracks the tracks would quickly disappear. The four hunters had magic of their own, that being a very special small dog that had two dark circles above its eyes. The little dogs name was "Four Eyes," and could follow trails that were many days old.
Pressured to find the bear's tracks first they pressed on without delay. One of the four brother hunters was considered to be the fat and lazy one of the hunting party even though he was a good hunter. This brother always wanted to eat and rest while the other brothers felt the urgency to find the bear before it found them. While pressing onward in pursuit of bear tracks the fat lazy brother opened his pemmican pouch and retrieved a snack. To his surprise the contents of the pouch was that of pale squirming things, a magical sign that the giant bear was wise to their hunt.
As the bear and the hunters tried feverishly to pick up each other's trail, the small dog began to yelp, signaling that he had just picked up the bear's tracks. They rejoiced being the first to pick up the trail and now the giant bear knew it was he who was the one being pursued and began to run. As the bear broke through the brush the four hunters could see the gigantic bear, the bear was so white that it seemed almost naked, void of fur to them, and the swift chase was on with the hunters in hot pursuit.
The bear ran and ran all day to evade the hunters, who never gave up the chase. The giant bear Nyah-gwaheh was so large it was easy to follow due to the destruction it left in its fleeing wake. The bear climbed higher and higher up the mountain slope with the hunters in close pursuit. Finally the fat lazy hunter became so tired he faked a fall and twisted his ankle just to get some rest. The other three brothers would have no delay, two of the brothers at a time took turns carrying the lazy brother without losing a step, and the other brother led the party carrying the spears for the others. The brave little dog stayed on the heels of the giant bear nipping at its tail as the bear tried to stay ahead.
It was getting dark when both parties reached the top of the mountain, and they were all growing tired. By now the fat lazy brothers had rested enough that he grabbed his spear and took off ahead of his tired brothers. As the giant bear grew too tired to run any further he turned in his tracks to put an end to the little dog nuisance, when suddenly the rested hunter drove forward and thrust his spear through the heart of the giant bear killing him dead. Believing they had defeated the magical powers of the great giant bear, they cut him up and began to feast on its fire-roasted flesh there on the mountaintop, dripping bear grease created sparks in the fire.
As they sat back filled with roasted bear, one of the brothers looked down at his feet and saw small sparkling lights in the darkness far below his feet. To their amazement they discovered they where not on a mountaintop at all, the powerful magic of the bear had led them up a strange trail and into the world of the sky. At this time the little dog began to yap as the pile of bear bones began to come alive, the hunters quickly grabbed their spears and began chasing the great bear across the sky.
Legend has it that each autumn the hunters chase the great bear across the sky until it is kill once again, as they cut up the bear for their meal the blood falls down from the heavens coloring the leaves of the maple tree scarlet while the fat drippings from their fire turns the grass to white.
They say you can read the story in the skies. As each autumn comes the stars in the heavens forming the Big Dipper is positioned upside down with its bowl representing the great bear upside down and dead, the stars in the handle represent the hunters and the small dog in pursuit the bear. When spring arrives the Big Dipper can be seen upright in the heavens representing the great bear turned upright reborn and being chase once again across the heavens by the hunters and their special little tracking dog. 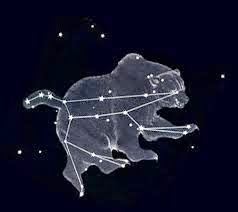