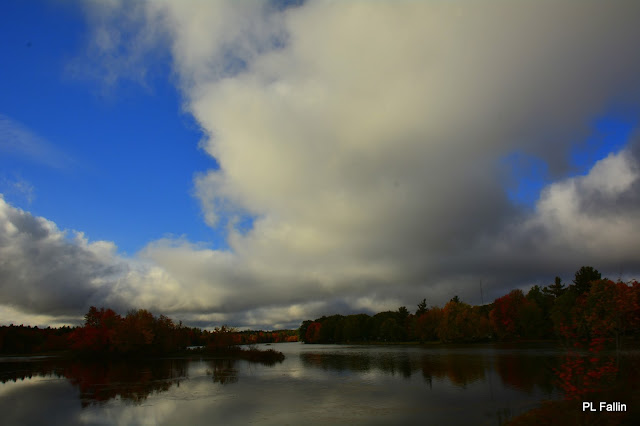 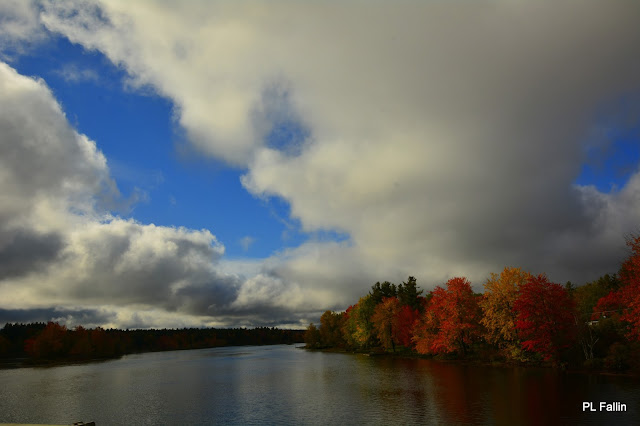 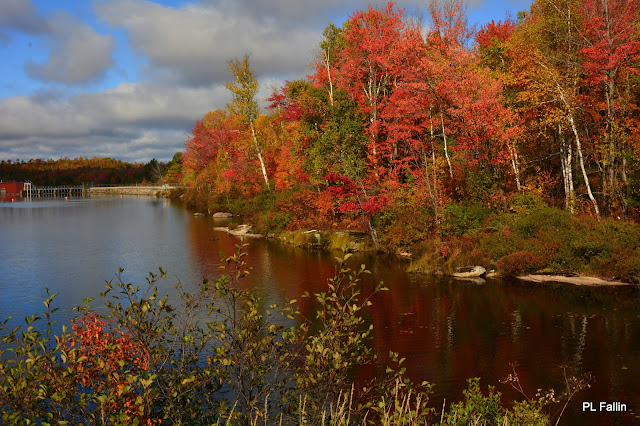 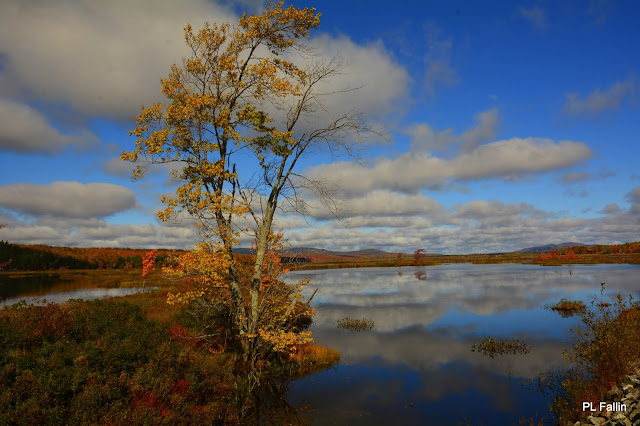 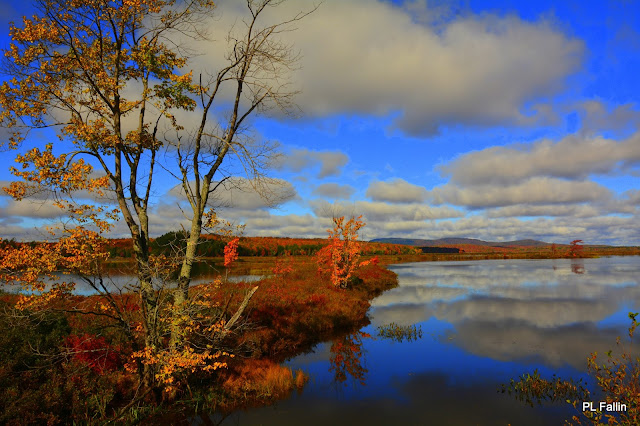 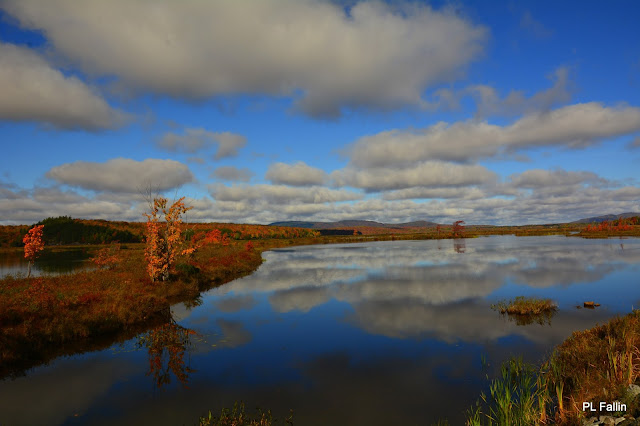 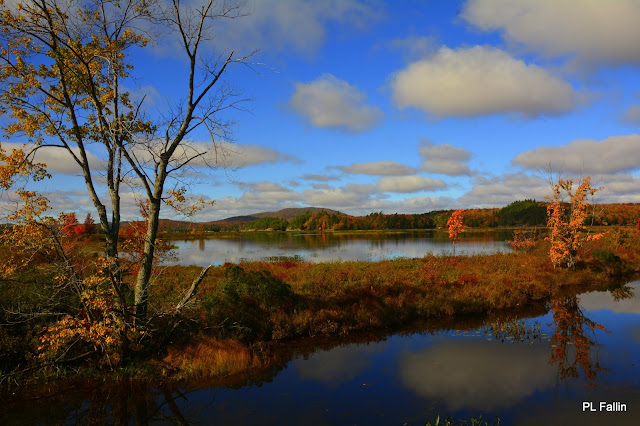 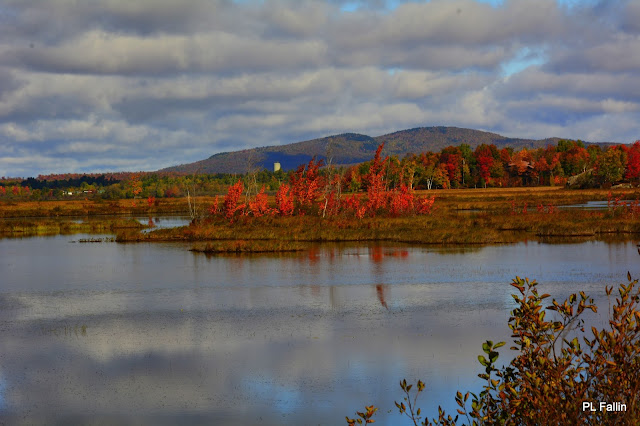 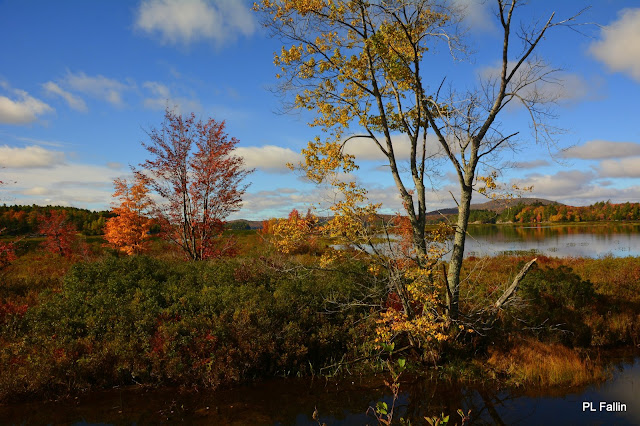 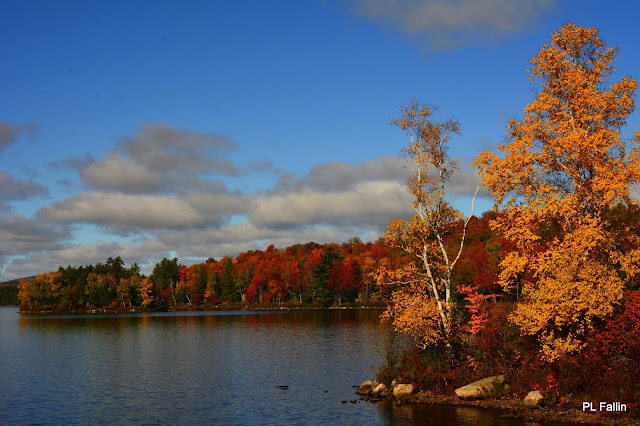 These photos were taken in October at the peak of the fall foliage.  Beautiful orange and golden trees along the river banks.  The Raquette River is the second longest river in New York State.  Ralph Waldo Emerson's poem "The Adirondacs" is about his explorations in 1858.  He made the journey with several prominent men of the time including painter William James Stillman and the group became known as the Philosophers Camp. 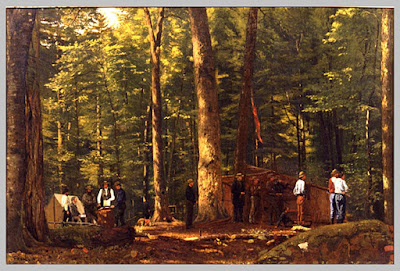 DEDICATED TO MY FELLOW TRAVELLERS IN AUGUST, 1858

Wise and polite,--and if I drew
Their several portraits, you would own
Chaucer had no such worthy crew,
Nor Boccace in Decameron.

We crossed Champlain to Keeseville with our friends,
Thence, in strong country carts, rode up the forks
Of the Ausable stream, intent to reach
The Adirondac lakes. At Martin's Beach
We chose our boats; each man a boat and guide,--
Ten men, ten guides, our company all told.