The Stone-Giants Guffawing at Me 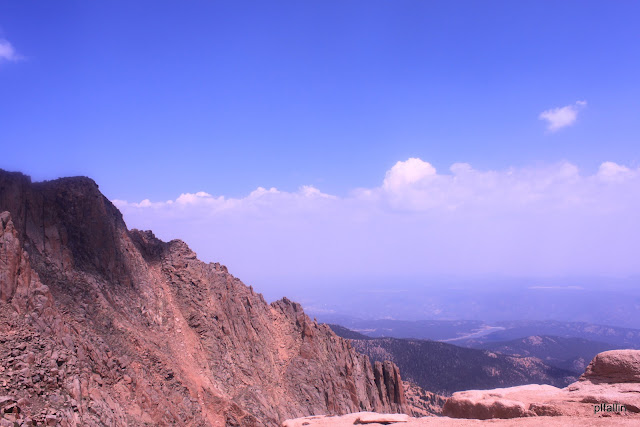 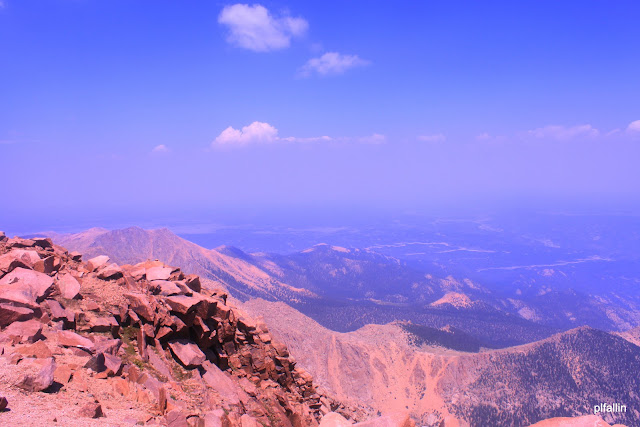 Driving on sharped, curved roads up 14,110 ft above sea level tested my courage. I found out, I had none!  It was a good thing I was not the driver since I could no longer look out across the mountain range once we were above the tree line.  Seeing cracked  and broken rocks and stones, overhanging rocks with no protection from falling, blistering winds, a 40 degree drop in temperature, no wildlife except the occasional eagle flying overhead, I placed my hands across my eyes and refuse to look.  I could hear the Stone-Giants guffawing at me as the wind chilled my bones.  I kept saying over and over, I would rather climb on foot then be in a flimsy vehicle that the elements could destroy with the first strong blast of wind, lightening, and thunder.   At least I could cling to rocks with my arms if needed. It was much easier coming down; I guess it was more psychological then dangerous but then again, a few weeks earlier a man died from driving off the mountain road and his vechicle crashed over the rocky cliffs and mountain side.  I will never do this again :)
Posted by plfallin at 8:51 PM