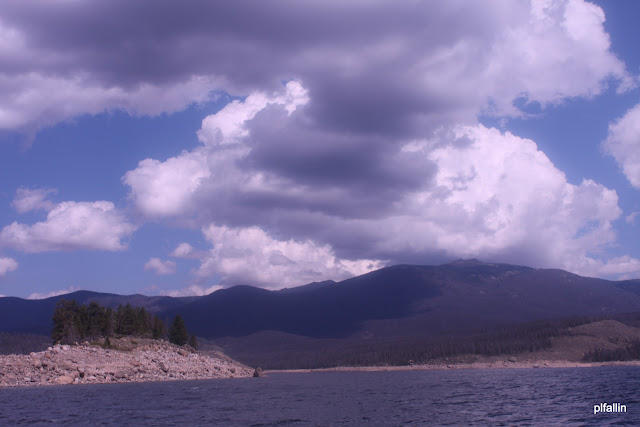 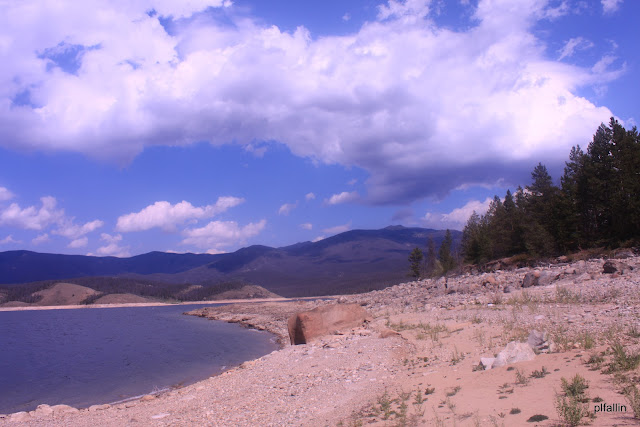 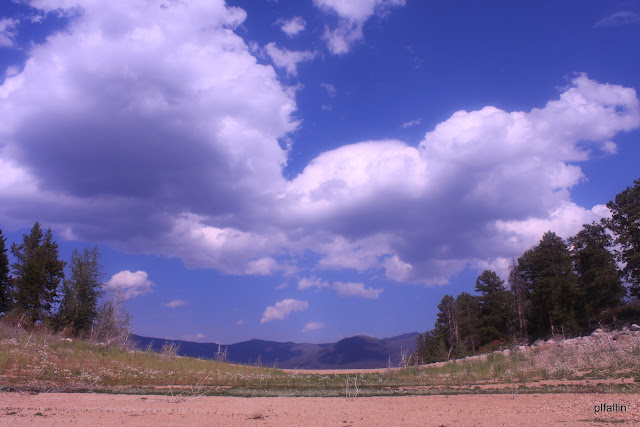 Lake Granby has several small islands of which we stopped at one to explore.  Walking around on the rocky banks and through the patch of trees, a skeleton head and teeth were found.  Looked like a wolf's head but we did not understand how a wild animal would get on the island except during winter when the lake was frozen.  Why would a wolf cross a frozen lake to an island that had no food source for him?  Other bones were also found among the rocks.  This island is a trap and burial ground due to no escape if caught within it's rocky shores.
Posted by plfallin at 10:34 PM