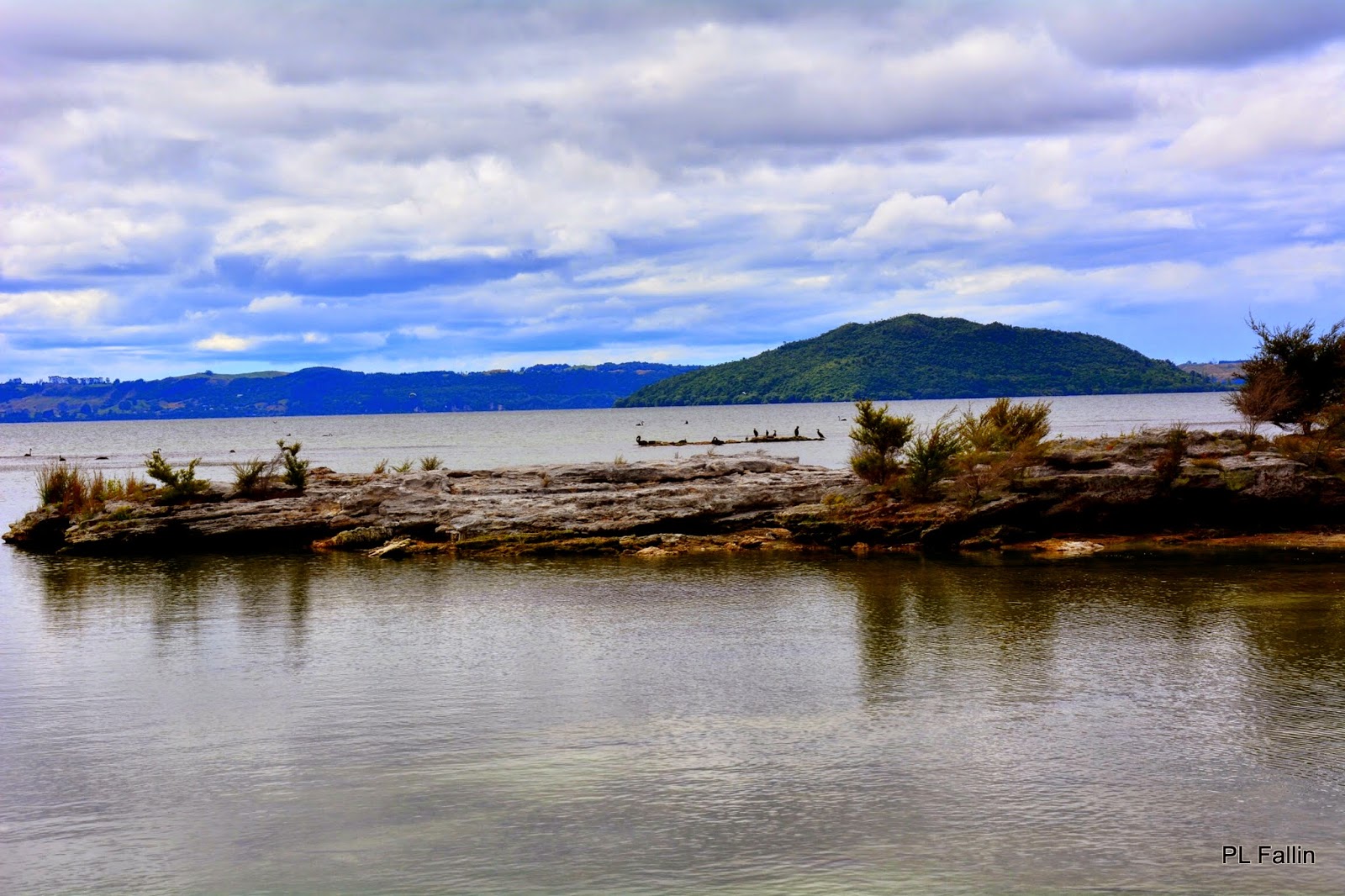 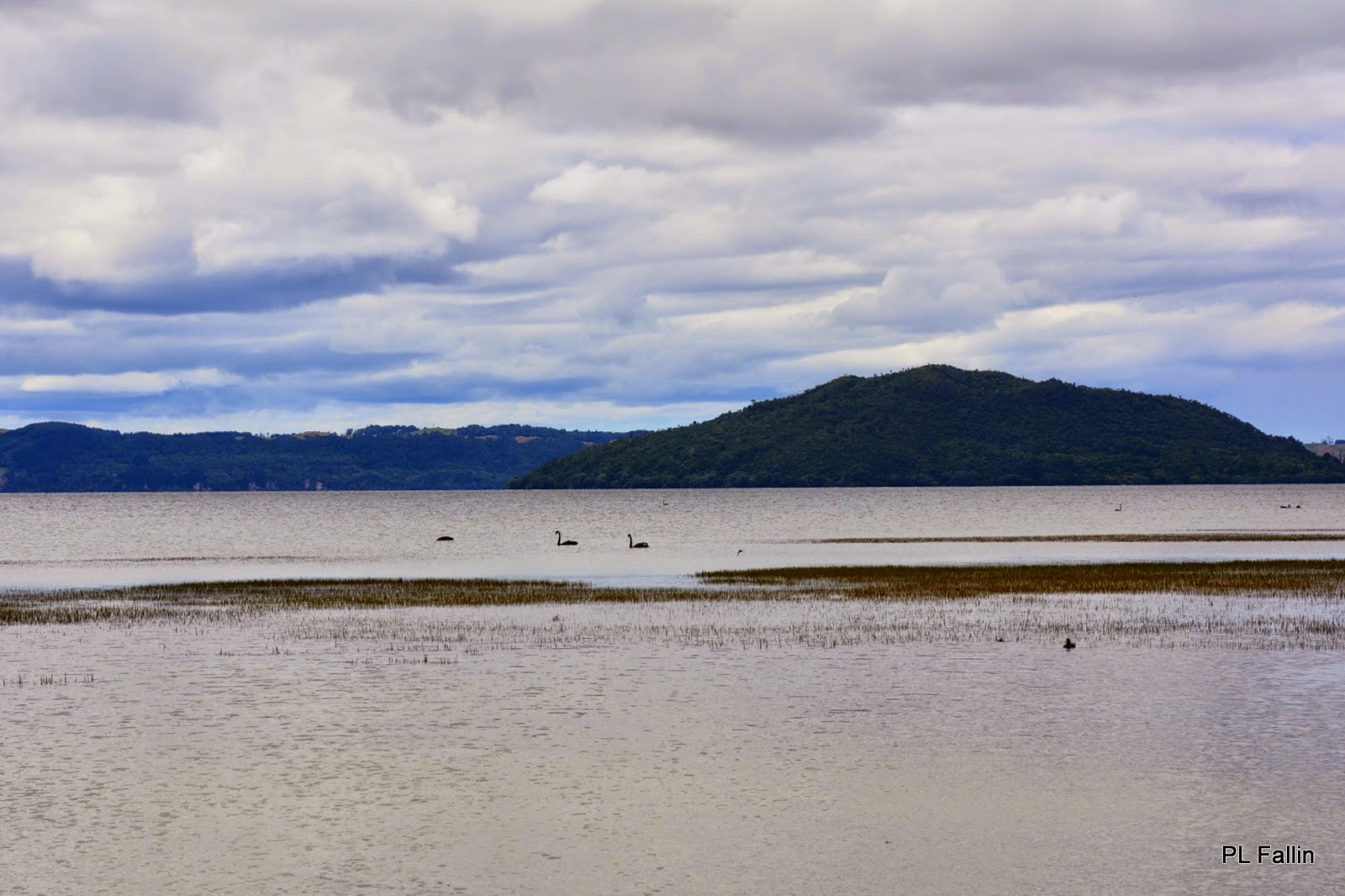 "Hinemoa was the daughter of a great chief who lived at Owhata, on the shore of Lake Rotorua. She was very beautiful, and because of her beauty and her high rank, many young men desired her as a wife. One of these was Tutanekai, but he knew that though he was of good birth, his rank was not high enough for Hinemoa's father to accept him as his daughter's suitor.
So for a long time Tutanekai hid his love. He saw Hinemoa only when there were great meetings of the tribe, for his home was far across the water, at Mokoia Island in the middle of the lake. When the people gathered together he would content himself with gazing at Hinemoa from a distance, and yet it seemed to him that sometimes she would return his looks. But he thought to himself, ‘There are many other young men more worthy than I of winning Hinemoa's heart. If I approach her to declare my love, perhaps she will be displeased.’
Now Hinemoa did love Tutanekai, but she too hid her love, thinking, ‘If I send a message to Tutanekai, perhaps he will not care for me’.
At last, after many meetings at which their eyes only had spoken, Tutanekai sent a messenger to Hinemoa, and when she had heard him, Hinemoa cried joyfully, ‘Have we each then loved alike?’ Then Tutanekai asked Hinemoa to leave her home and come to him, and to this she agreed.
‘At night’, he said, ‘when you hear the sound of a flute across the water, it is I; come in your canoe’.
Every night Tutanekai sat on a high hill and played his flute, and the wind bore his music far across the lake to Hinemoa's home. But Hinemoa did not come. Her people had suspected her intention, and they had pulled all the canoes high up on the shore. Every night Hinemoa heard the sound of her lover's flute, and wept because she could not go to him. Then she thought at last, ‘Would it be possible to swim?’ She looked at the wide water and her heart failed her; but then she heard the flute again and knew that she must go.
continue Story
It is believed that their descendants are living at Rotorua to this day.
Posted by plfallin at 1:29 PM