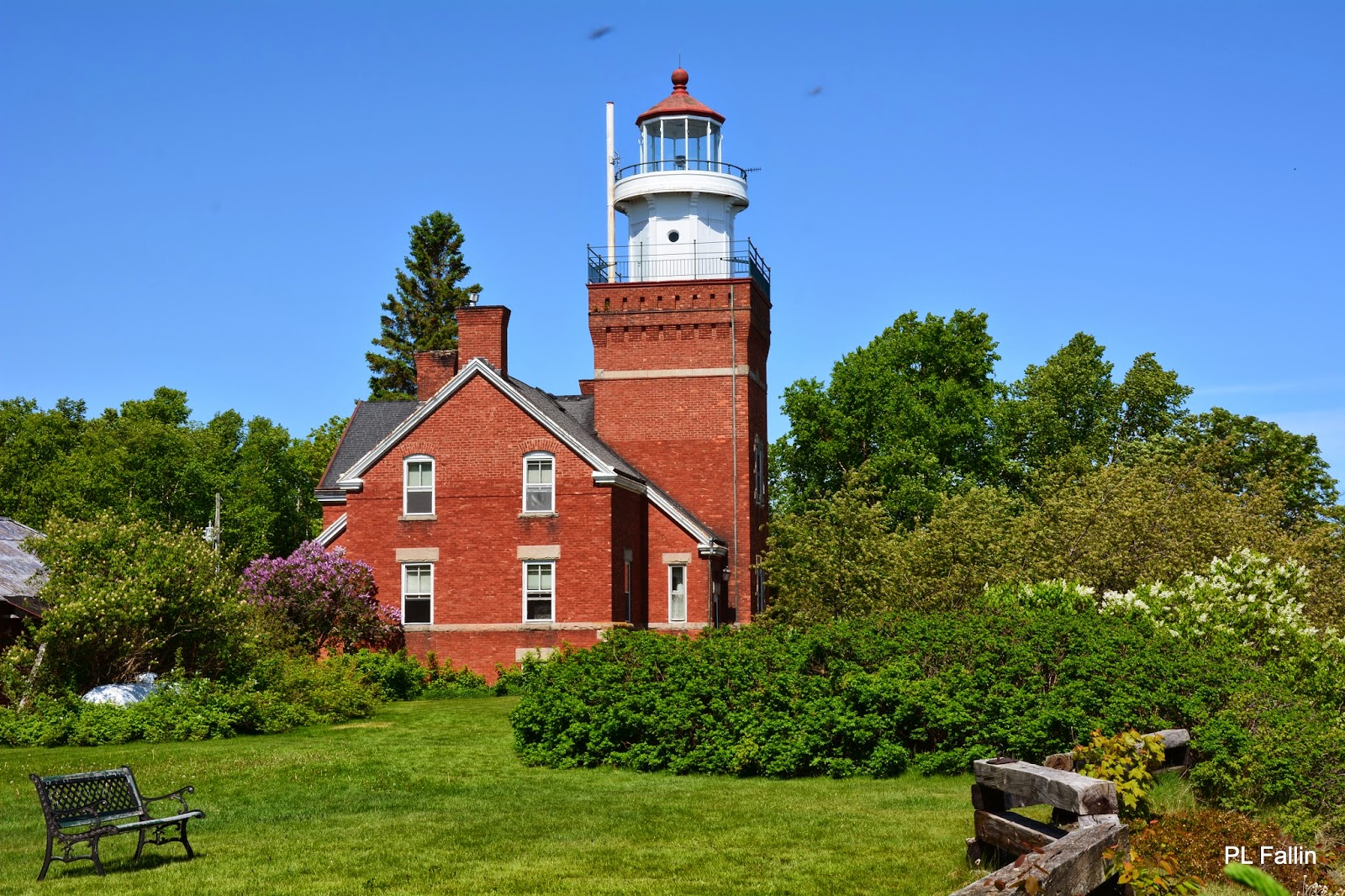 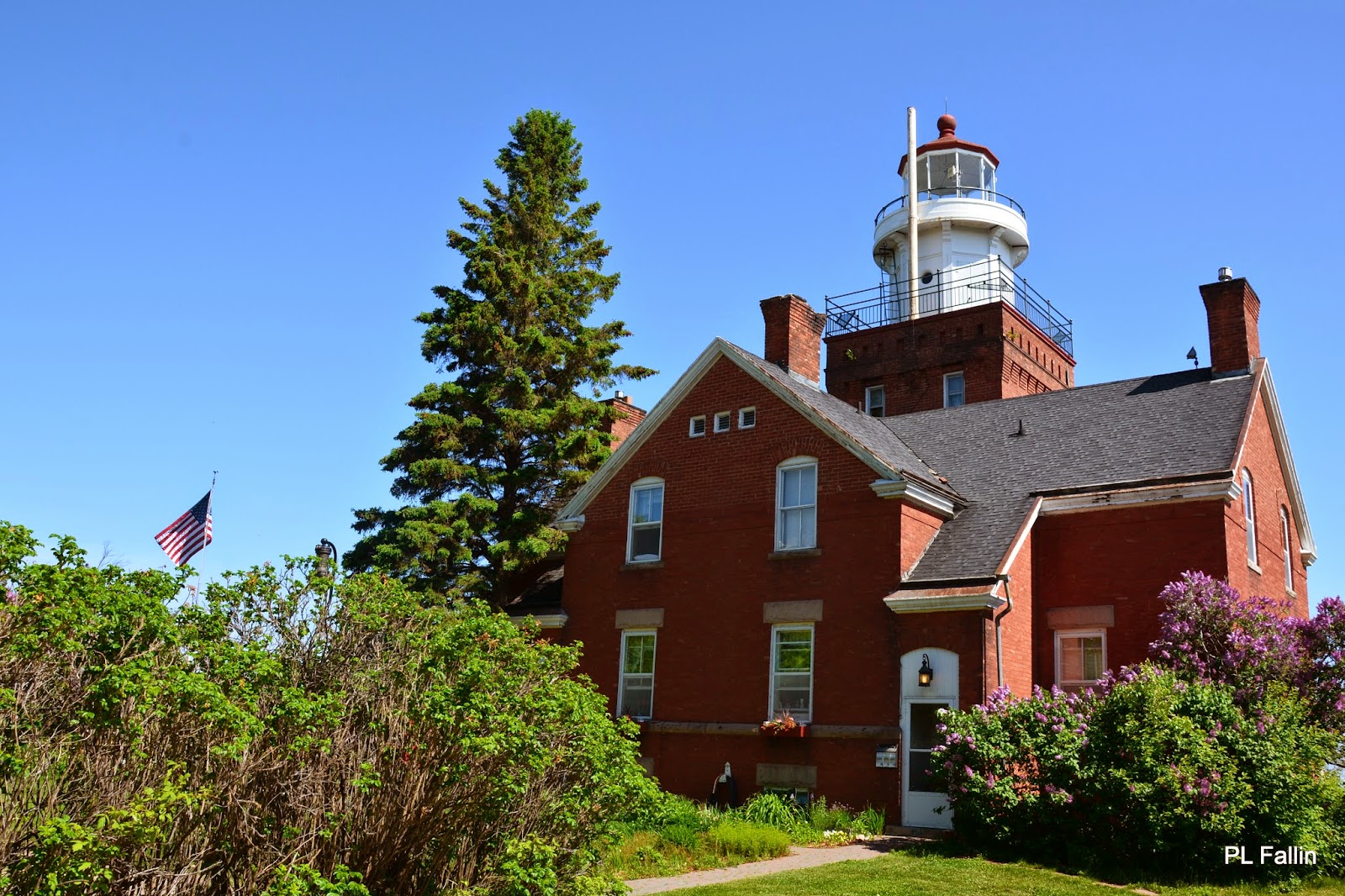 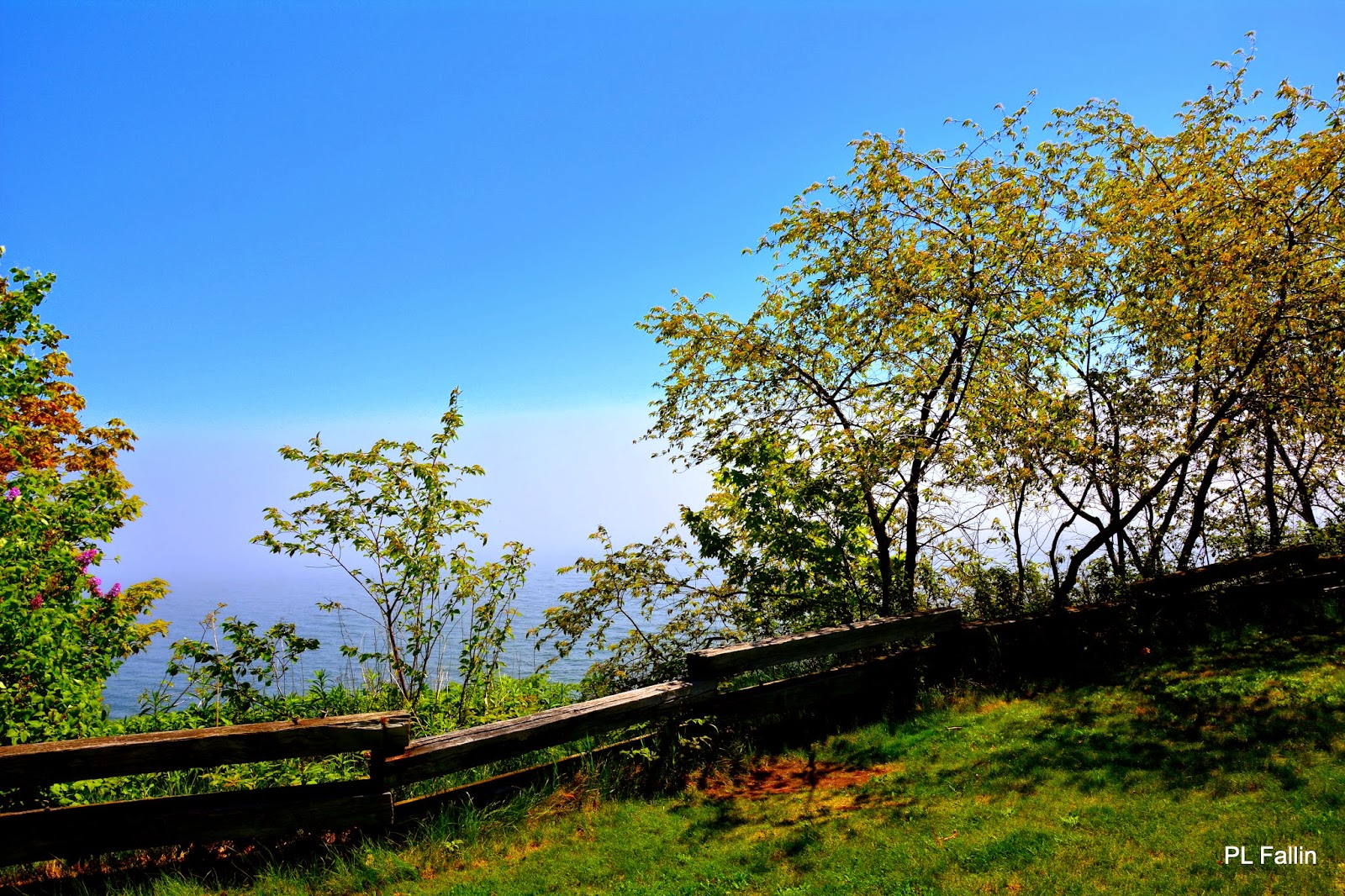 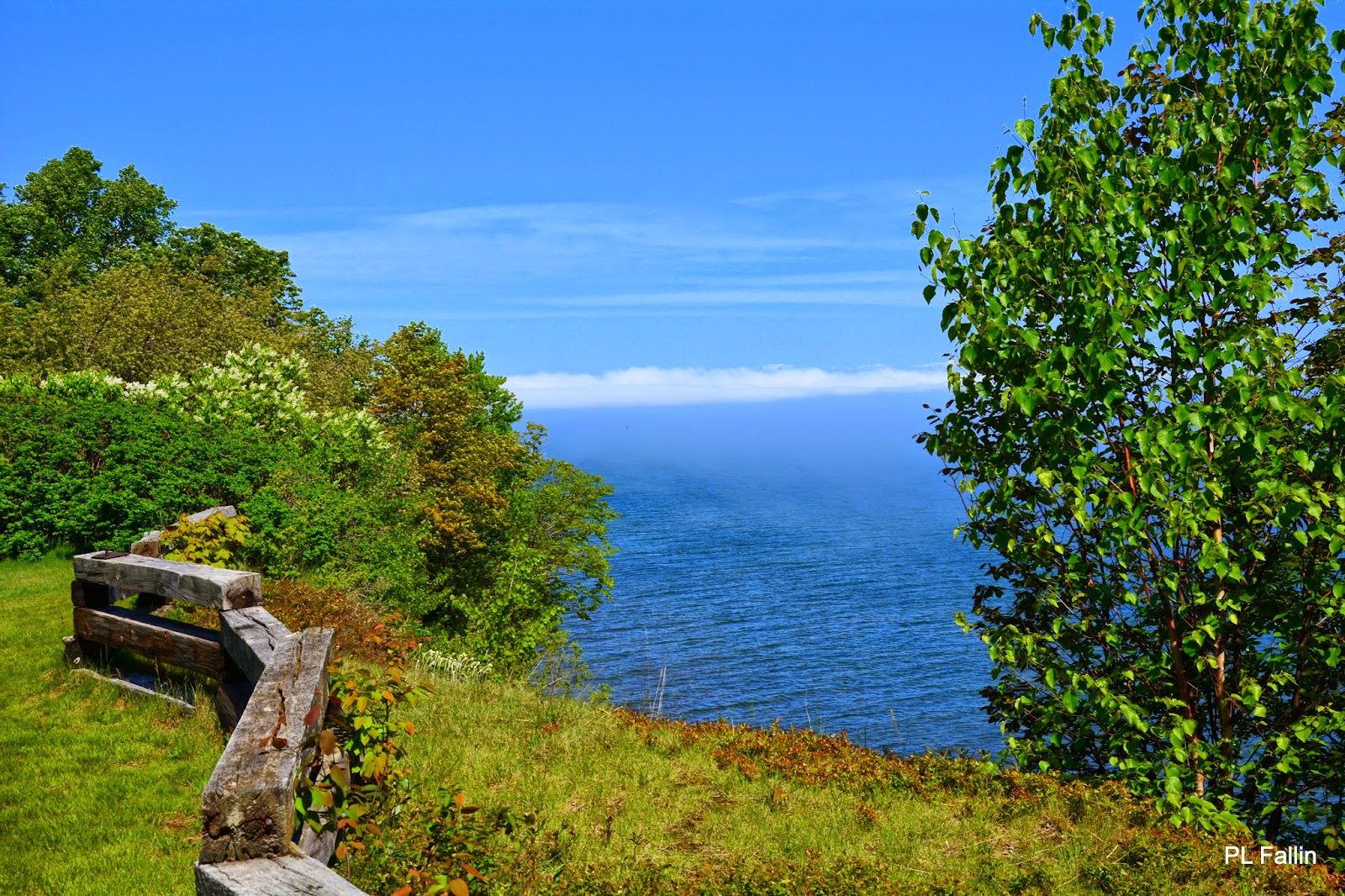 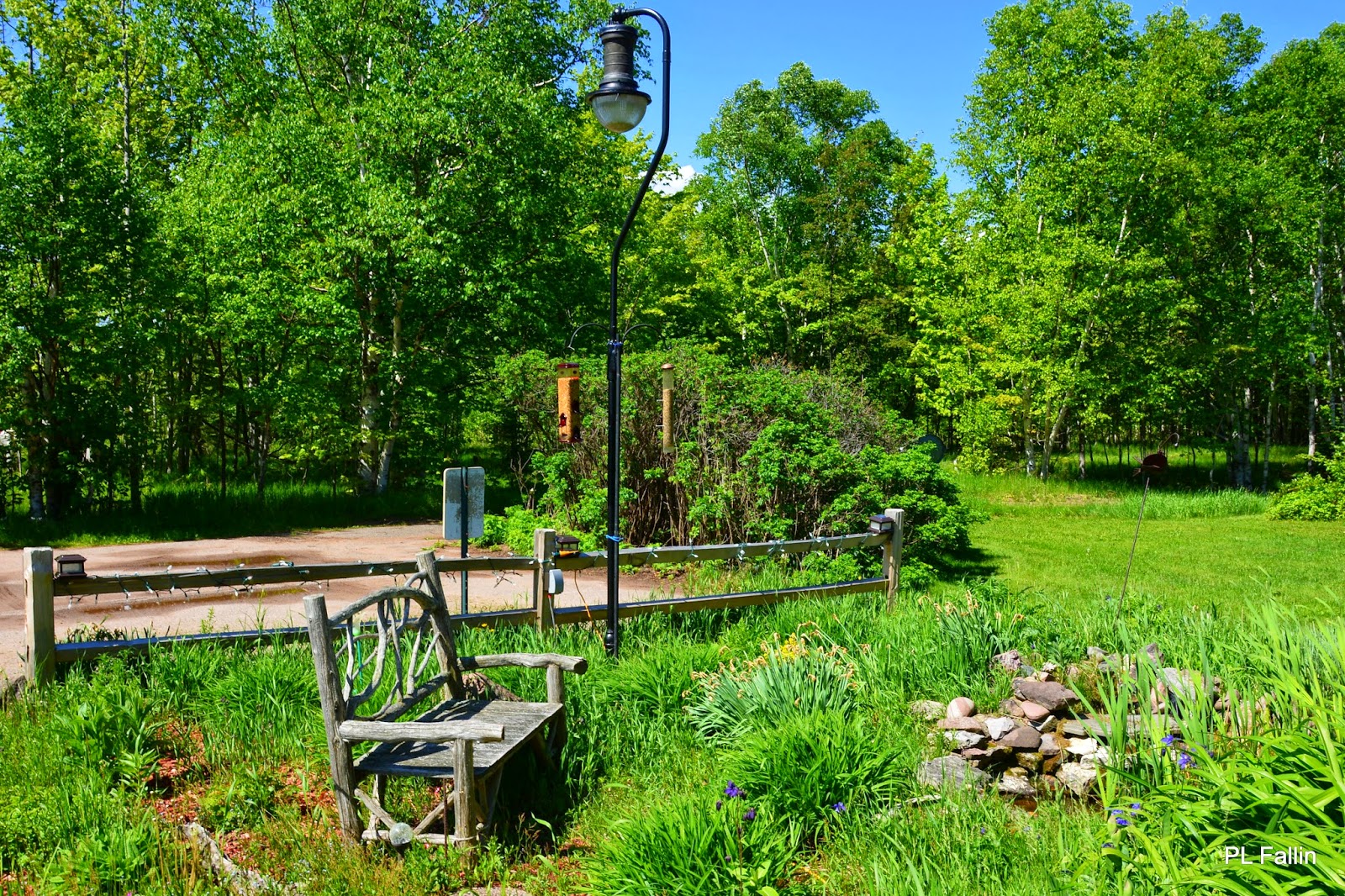 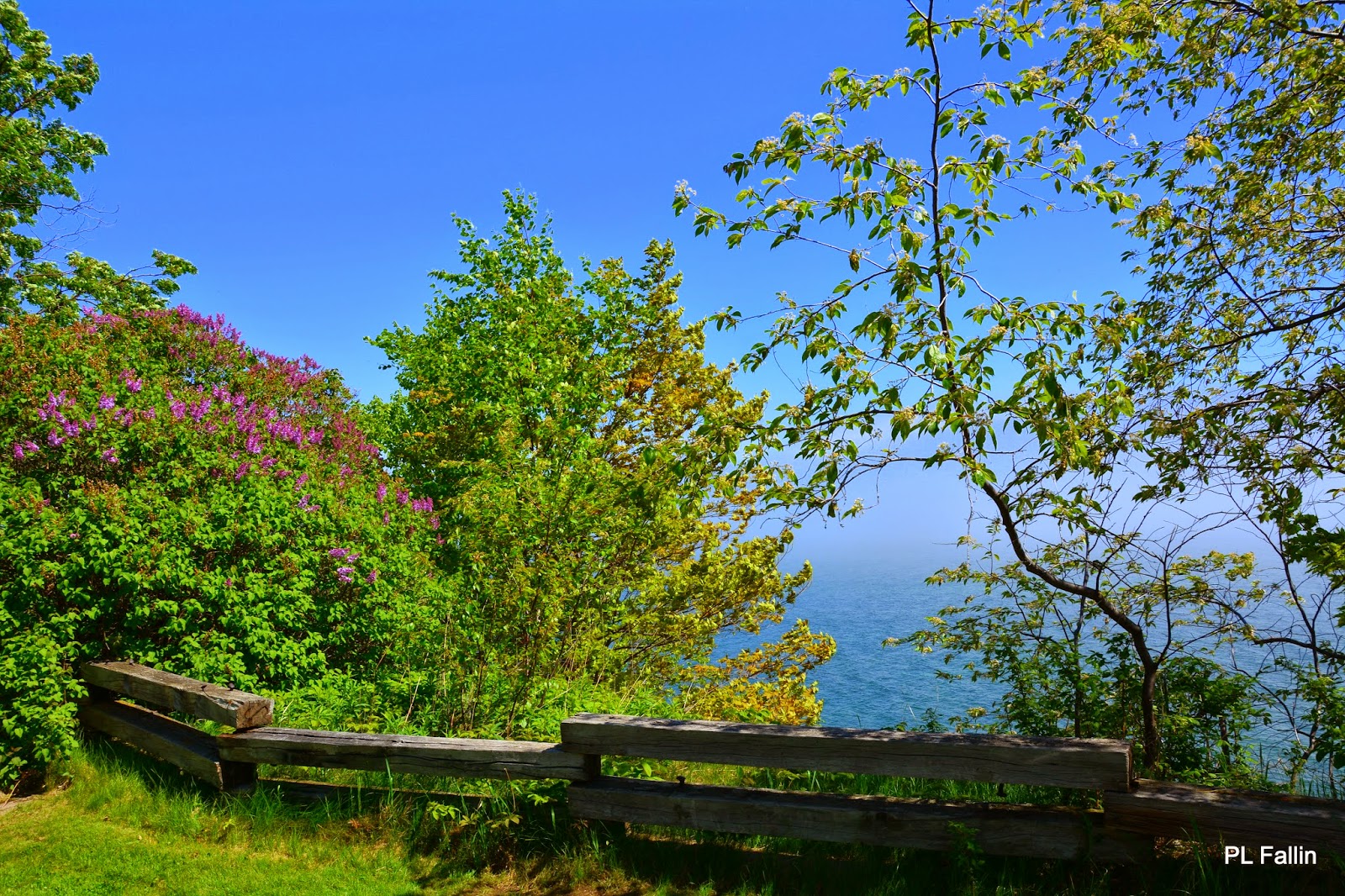 Big Bay Lighthouse was converted into a Bed and Breakfast Inn and stands on a tall bluff
over a rocky point near Big Bay, Michigan, approximately 24 miles northwest of Marquette on the Upper Peninsula of Michigan.  The grounds are beautiful but you will need a defense against the attack of black flies.  Thousands of black flies swarmed around us the entire time.  It was miserable fighting them off my face, arms and back.  When we got in the car, 100's flew into the car and it took a lot of swatting their bloody bodies all over the windows and dashboard and strong winds to get rid of them.  I had at least 50 bites so I do not recommend this bed and breakfast during the summer months when black flies thrive.  Mosquitoes hatch everywhere there's standing water. Black flies bedevil campers and hikers along Lake Superior, especially in the Upper Peninsula of Michigan.  Black flies are hardest to avoid, since they attack the face and are nearly invisible except when they multiple in the thousands then you see a black cloud following you!
Posted by plfallin at 11:45 AM