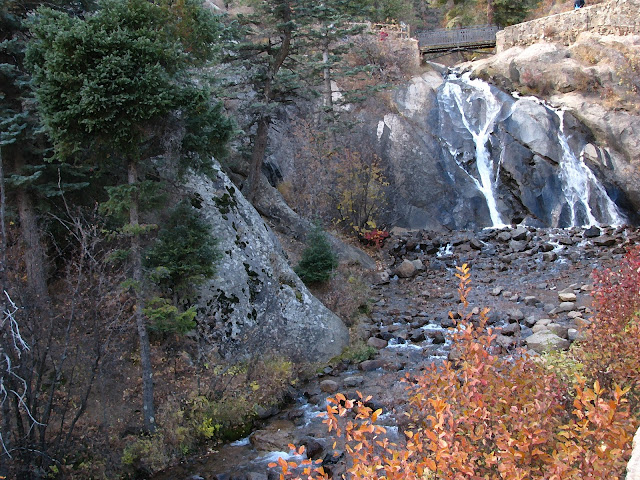 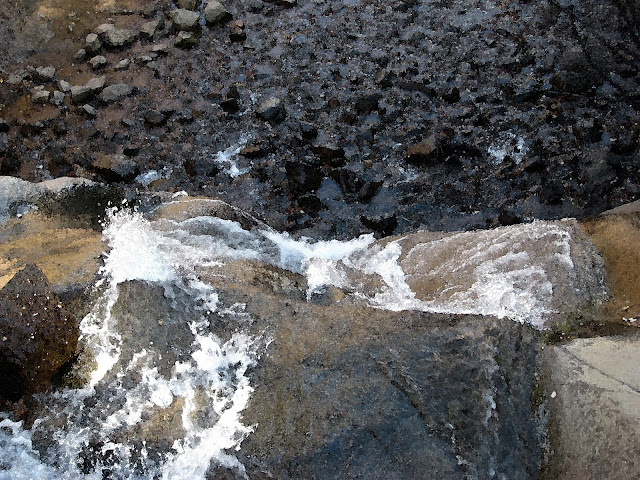 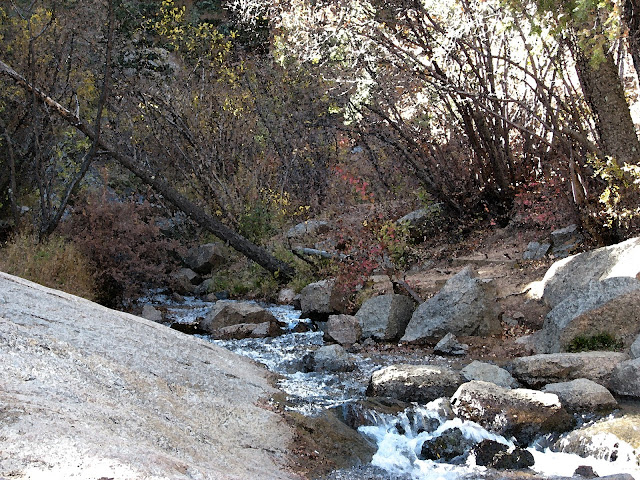 We visited Helen Hunt Falls at Cheyenne Mountains.  This is a popular place and people enjoy climbing to the top of the falls and across the bridge to look down at the water hitting the rocks.  Helen Hunt, a famed author, moved to Colorado Springs in 1873. She wrote many poems and stories about the Pikes Peak Region. She started a letter writing campaign to promote the preservation of North Cheyenne Canyon as a public park.  She became outraged by the unfair treatment of American Indians. She was outspoken in defense of the Cheyenne and Arapho people after the Sand Creek Massacre (1864) and defended the Utes after the Meekere Massacre (1879). In order to increase the awareness of the injustices suffered by the American Indians, she wrote her 2 most important books: "A century of dishonor", and "Ramona".
Posted by plfallin at 9:53 PM