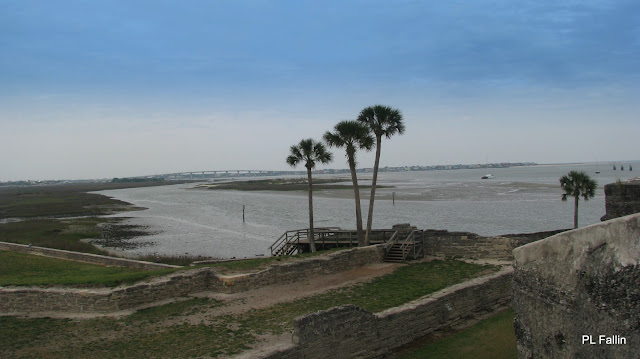 View from top of Castillo de San Marcos.  It is a bastion of the largest empire ever created, the Castillo was built to protect and defend Spain’s claims in the New World.  Though caught in the whirlwinds of colonial warfare and intrigue, it was never defeated in battle.  Its scarred walls still stand witness to over 330 years of history and culture.
Posted by plfallin at 12:41 PM