"On a Clear Day You can See Forever"- West Point Lake 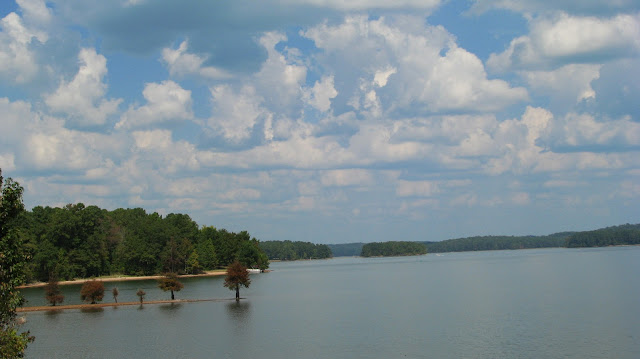 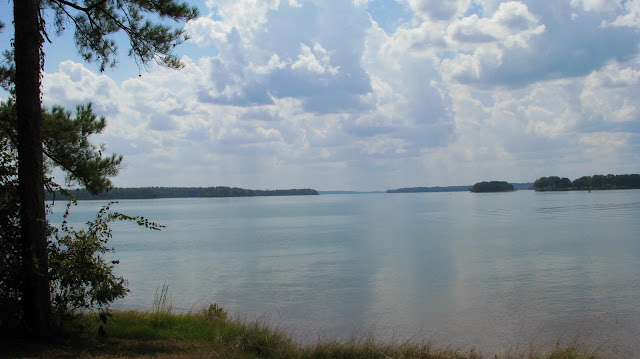 We visited several of the parks at West Point Lake.  It was a very sunny day with a zillion clouds in the sky.  It was such a bright day that the clouds images were reflected in the water.  It gave the water (excuse the pun) a cloudy look.  The parks were beautiful and well kept.  There were very few people at the parks which I did not understand.  Only a few boaters were out on the lake.  It is said that the water is contaminated due to Atlanta which would explains why there was no one fishing.
Posted by plfallin at 10:12 PM