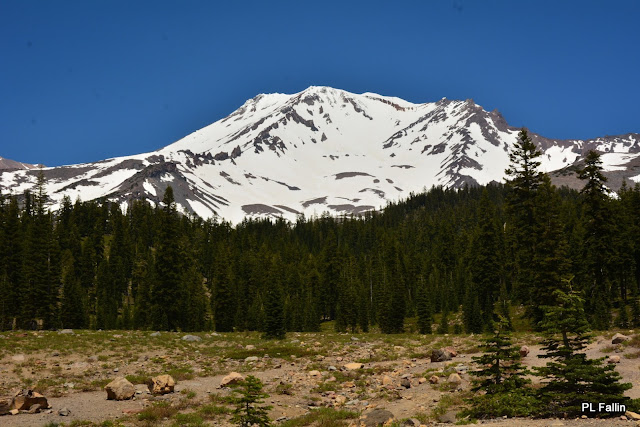 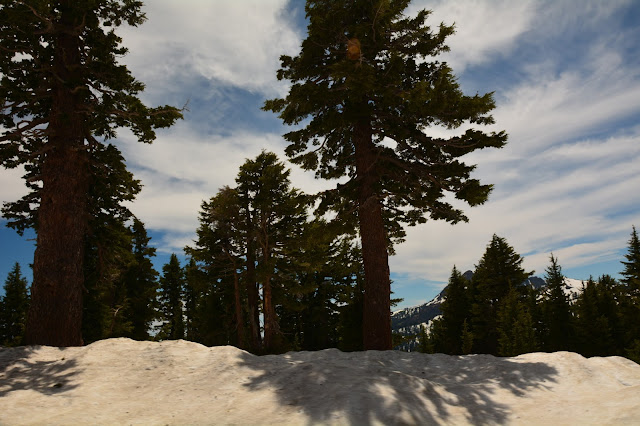 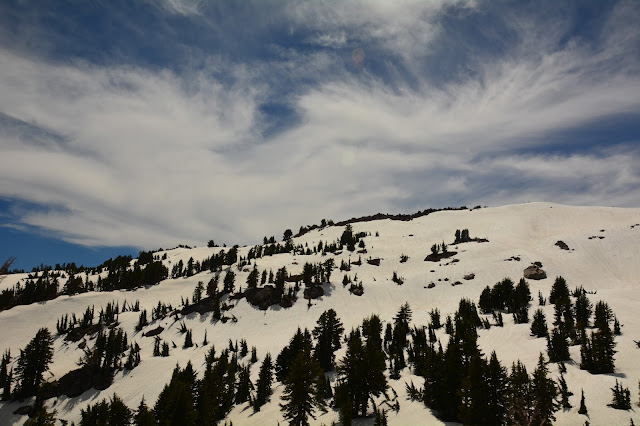 The Snows of Shasta

Across the fields all gray and bare,
The foothills rise in ranks of blue,
And through the shadows here and there,
Are flecks of clearer brighter hue-
The Sunset's glow.
The lower hills in shadow rest,
The higher peer above the gloom,
To where, against her shining crest,
The last beams cast the faintest bloom
On Shasta's snow.
In calmest dignity she stands,
While darkness gathers round her base,
And shadows climb with clutching hands,
And clouds approach in billowing race
As wild winds blow.
The winds will wrestle all the night,
And hurl the clouds against her side;
The storm will beat and spend its might,
In effort strong to quell the pride
Of Shasta's snow.
Yet, in tomorrow's cloudless day,
Her stately head with snowy crown
Will sparkle in the sun's first ray,
And mists will chase the shadows down
To vales below.
Through ages gone the storm has sought
To move, to crush that stately form;
But still she stands and yields to naught,
And gathers whiteness from the storm
For Shasta's snow.
If we, who bear the storms of life,
Could calmly patient wait the day,
Could bear the beat of toil and strife,
And never falter on our way
O'er paths of woe.
The light would come, the sun would rise,
And we would stand all strong and sure,
Eternal sunshine in our eyes,
Our doubts at rest, our souls as pure
As Shasta's snow.
Posted by plfallin at 9:29 PM