Bag End is the home of Bilbo Baggins where Thorin Oakenshield and Company meets Bilbo Baggins to start their journey to Erebor to take back their homeland from Smaug the Dragon. 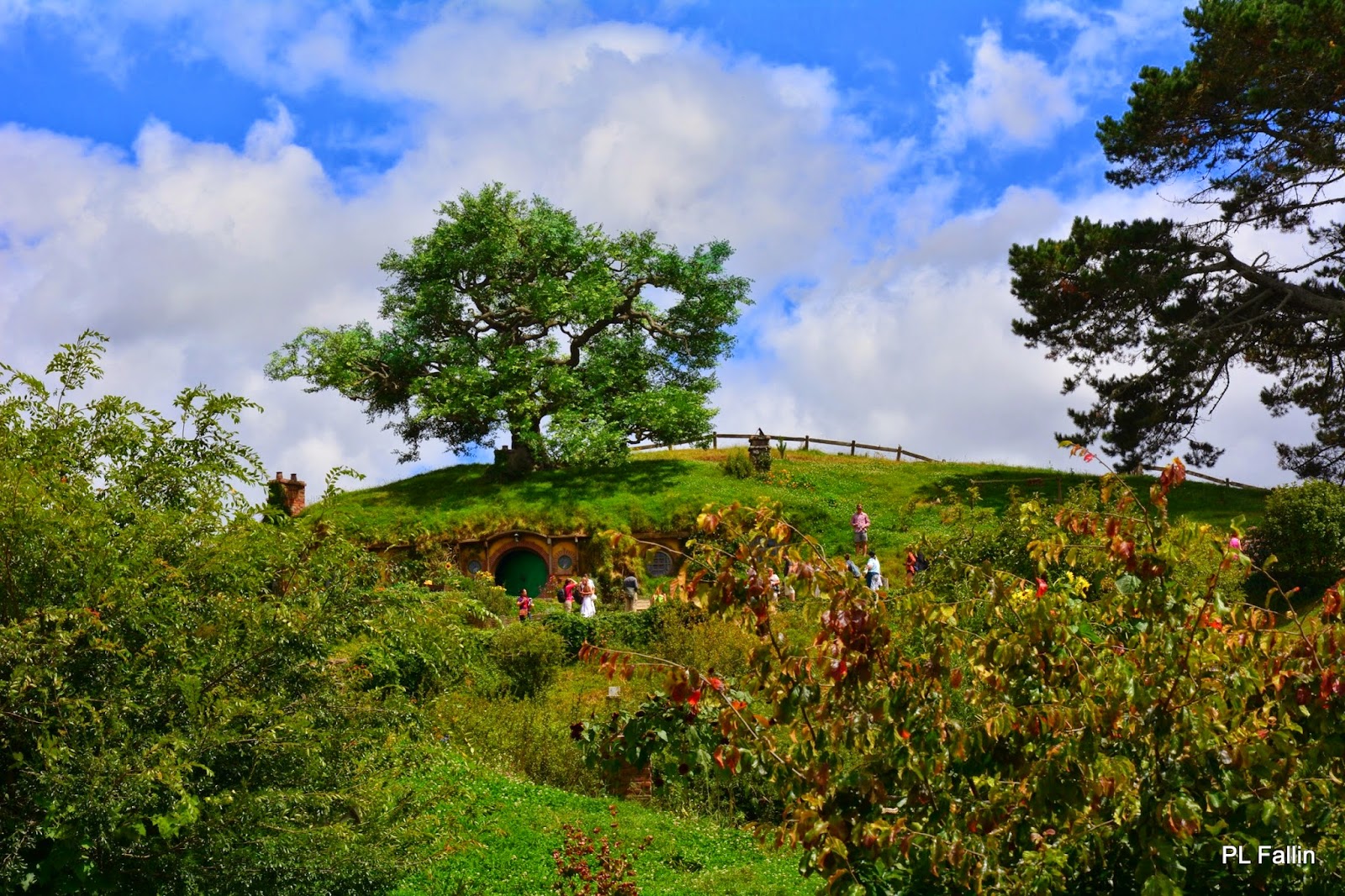 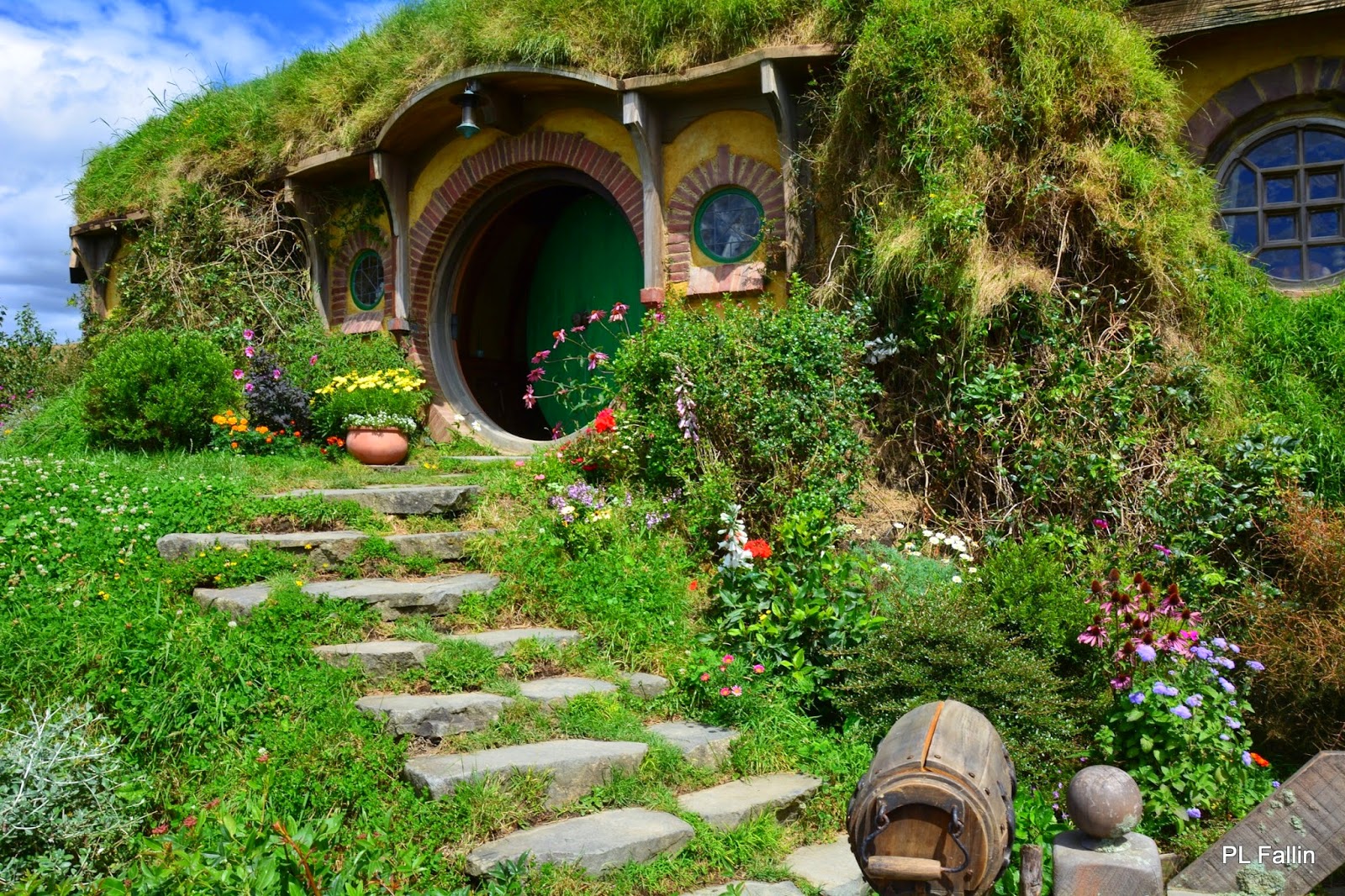 [as the dwarves wash and stack the dishes, the door bell rings]
Gandalf: He's here.
[Gandalf opens the door and we see Thorin (Actor Richard Armitage)]
Thorin: Gandalf. I thought you said this place would be easy to find. I lost my way, twice.
[Thorin walks in]
Thorin: I wouldn't have found it at  all, had it not been for that mark on the door.

﻿
Quote and Screen caps from "The Hobbit There and Back Again"

Bag End was the largest and most luxurious Hobbit home and sits on top of the hill overlooking the Shire with an oak tree growing over its' roof.  I did not understand why Thorin lost his way twice and had to look for the mark on the door.  Gandalf did not communicate with Thorin very well from the beginning. He should have told Thorin to look for the Oak which was visible in all directions. This scene shows the beginning of the contemptuous relationship between the two characters. Gandalf is not being honest of his full intentions and he keeps Thorin at bay and not fully informed. Later in the journey, Gandalf's leaves the party at Mirkwood on their own when they needed his guidance the most. He went back on his word and they were left to face the dragon without him.  Gandalf is to blame for the future events and calamities with the dragon. He is not my favorite character in the book due to his instigation of the journey's purpose, and then leaving the quest, which lead to a chain of events that eventually ended in the deaths of Thorin and his nephews. Gandalf has been missing for a large part of the book and yet when he returns, he has chosen not to return to the dwarves, who he encouraged and aided up to this point, but sides with Bard and the Elven king for the treasure. I could write a paper about the greed from dwarves, man and elves and the theme of betrayal but I'll leave that for another topic.  Thorin Oakenshield did lose his way more then once but redeemed himself in the end by showing enormous courage in The Battle of Five Armies: Thorin gives everything he has to change the tide of the battle. I am looking forward to the third trilogy. 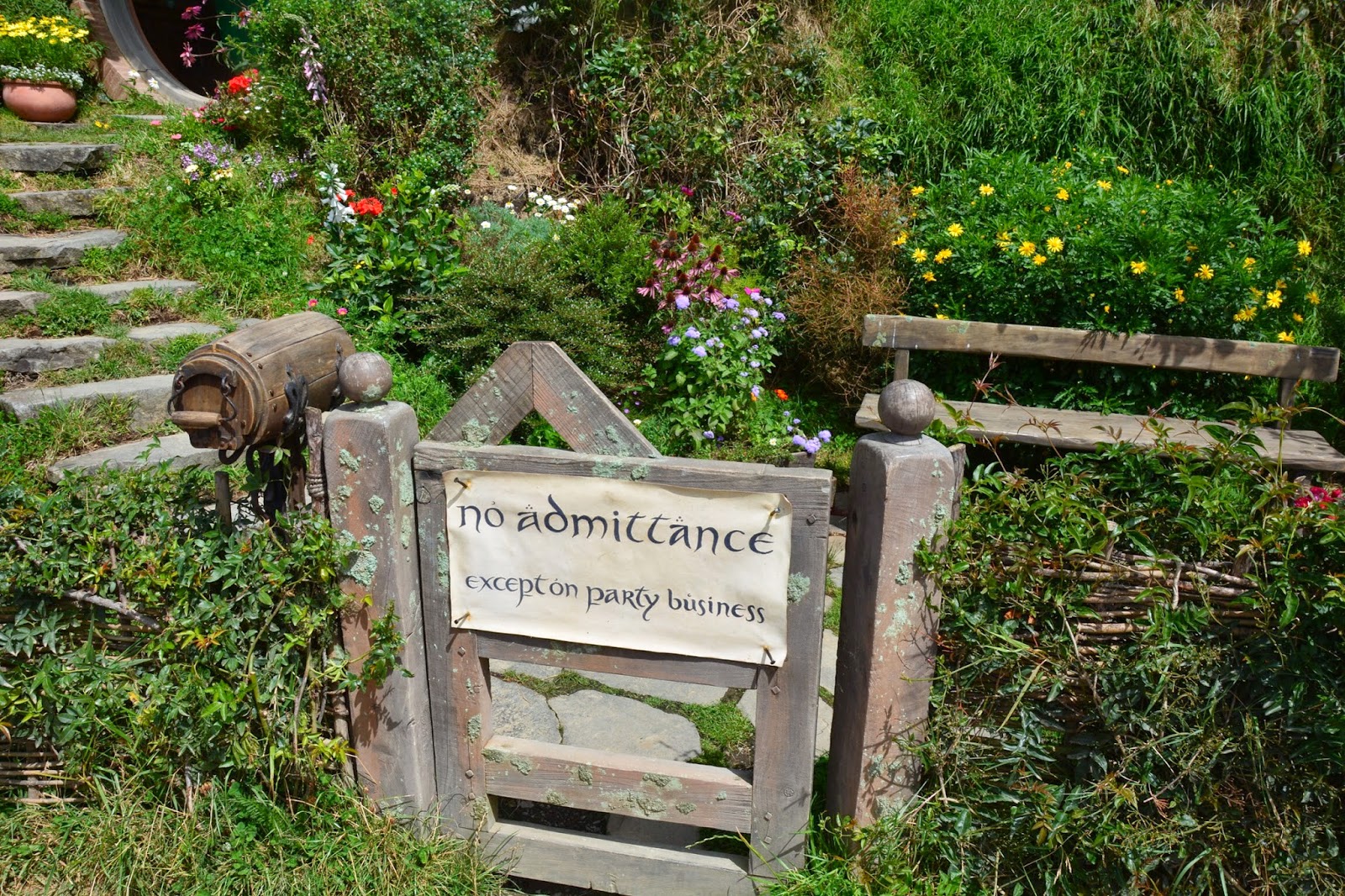 The No Admittance sign except on party business still hangs on the gate in front of Bag End for the Hobbiton tour.  It appears at the beginning of the film when the Older Bilbo is giving a party but it carries a deeper theme for the story of the exclusive party consisting of 13 Dwarf's, Gandalf and Bilbo going on an quest to Eredor:  "Built deep within the mountain itself, the beauty of this fortress city was a legend. Its wealth lay in the earth, in precious gems humed from rock, and in great seams of gold running like rivers through stone."  No one else joins their dangerous party to enter the lonely mountain where the dragon allows  "No Admittance".
Posted by plfallin at 12:57 PM