Mauao 'Caught by the morning Sun' 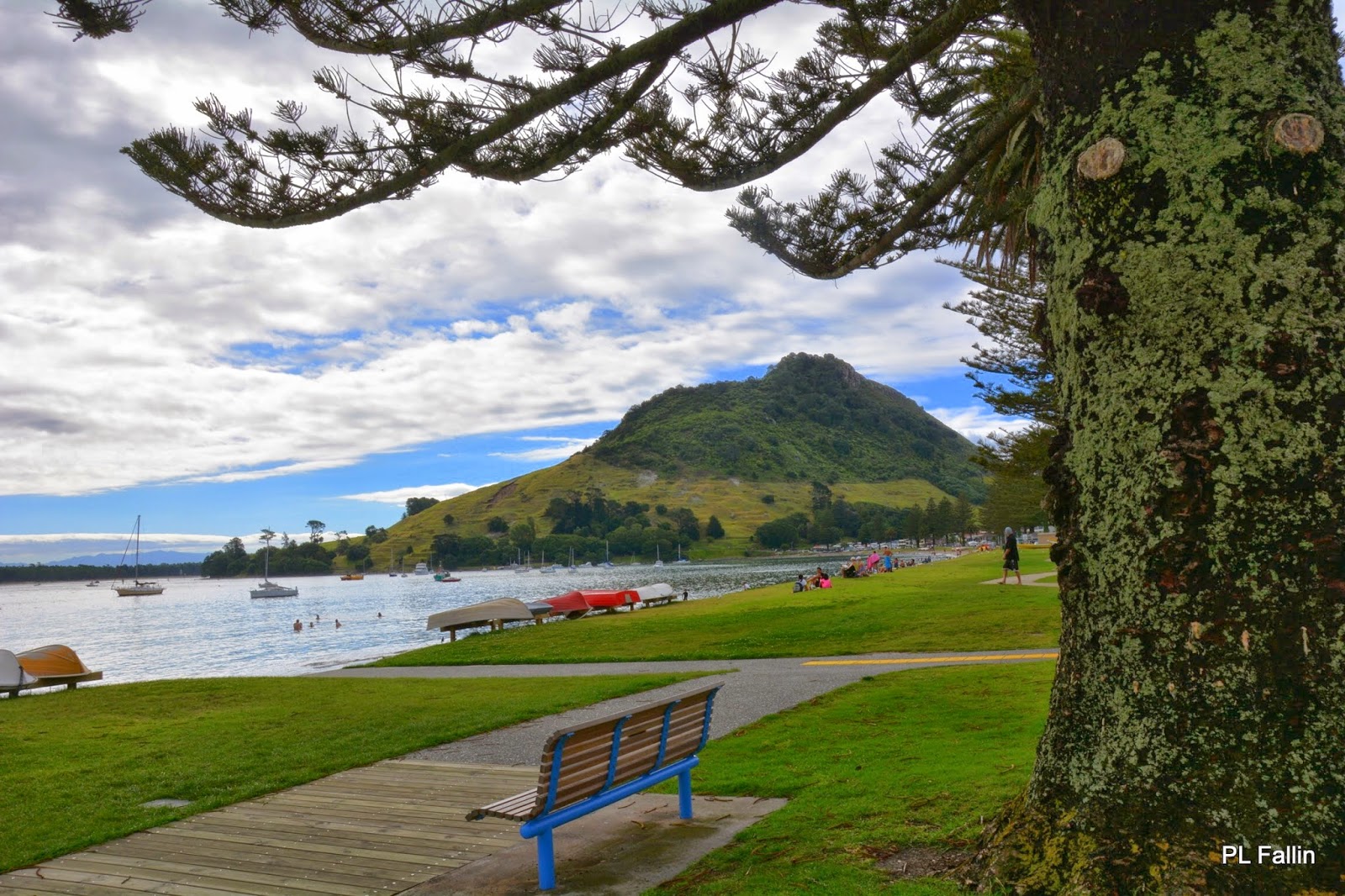 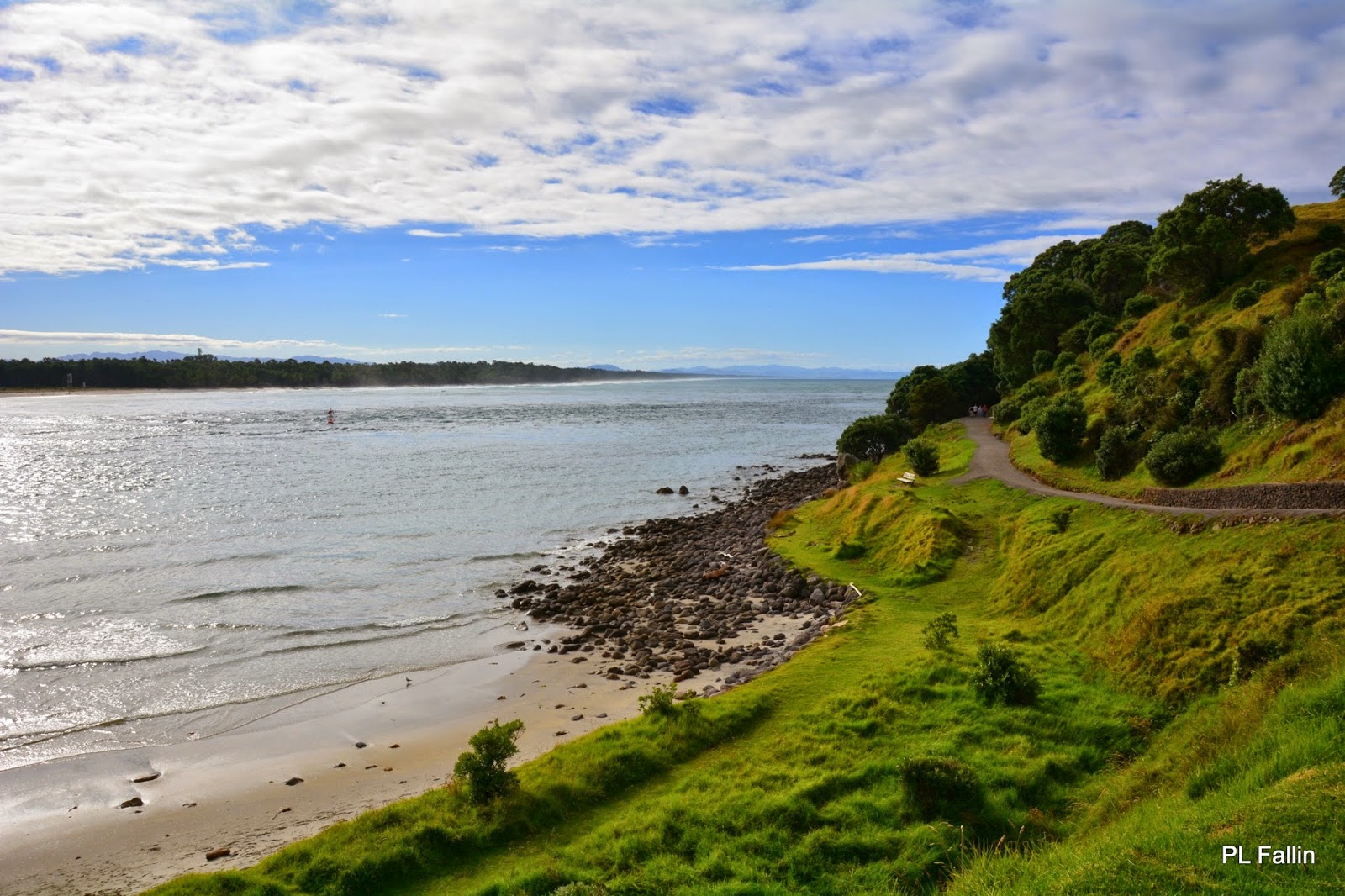 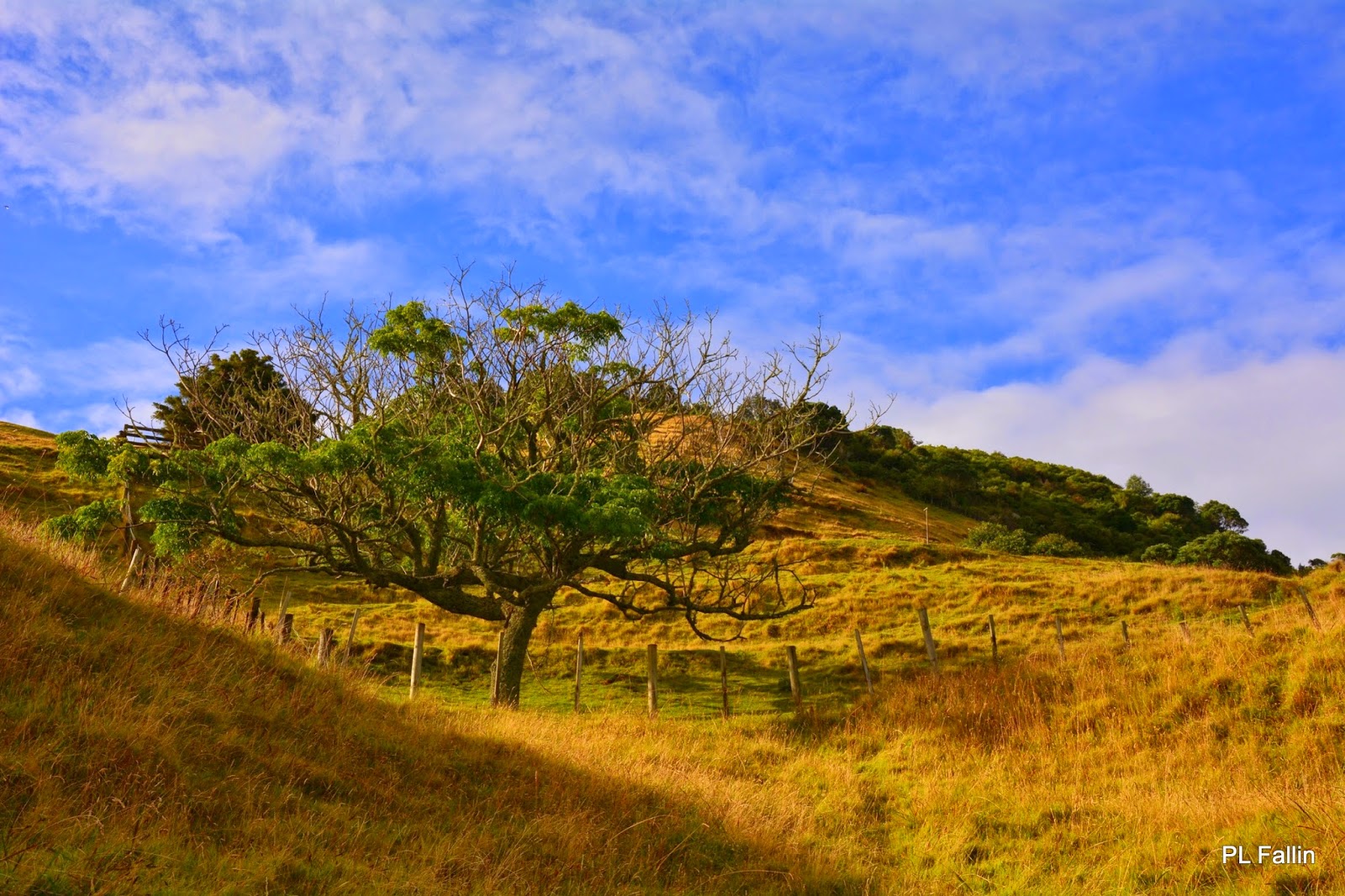 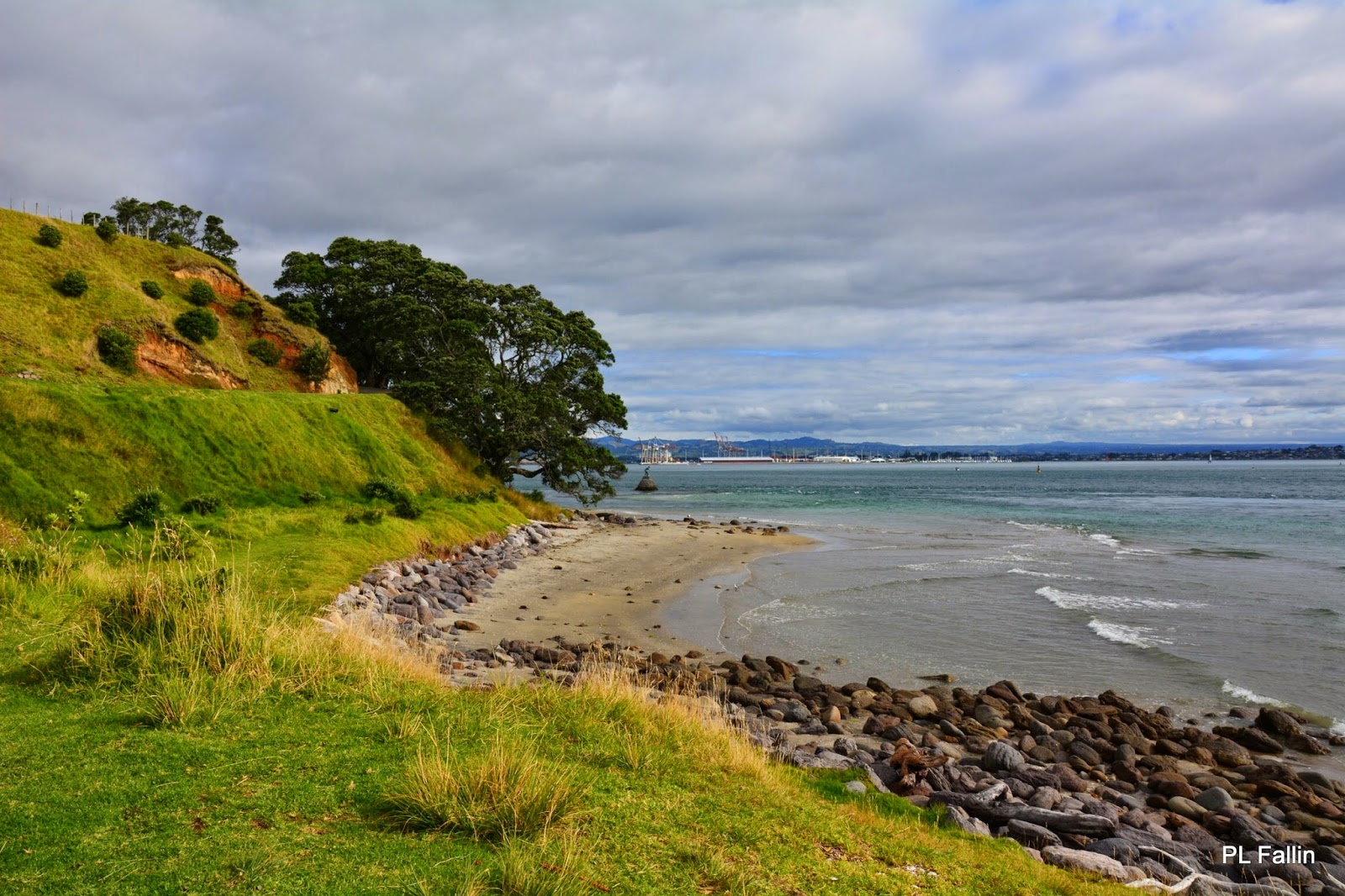 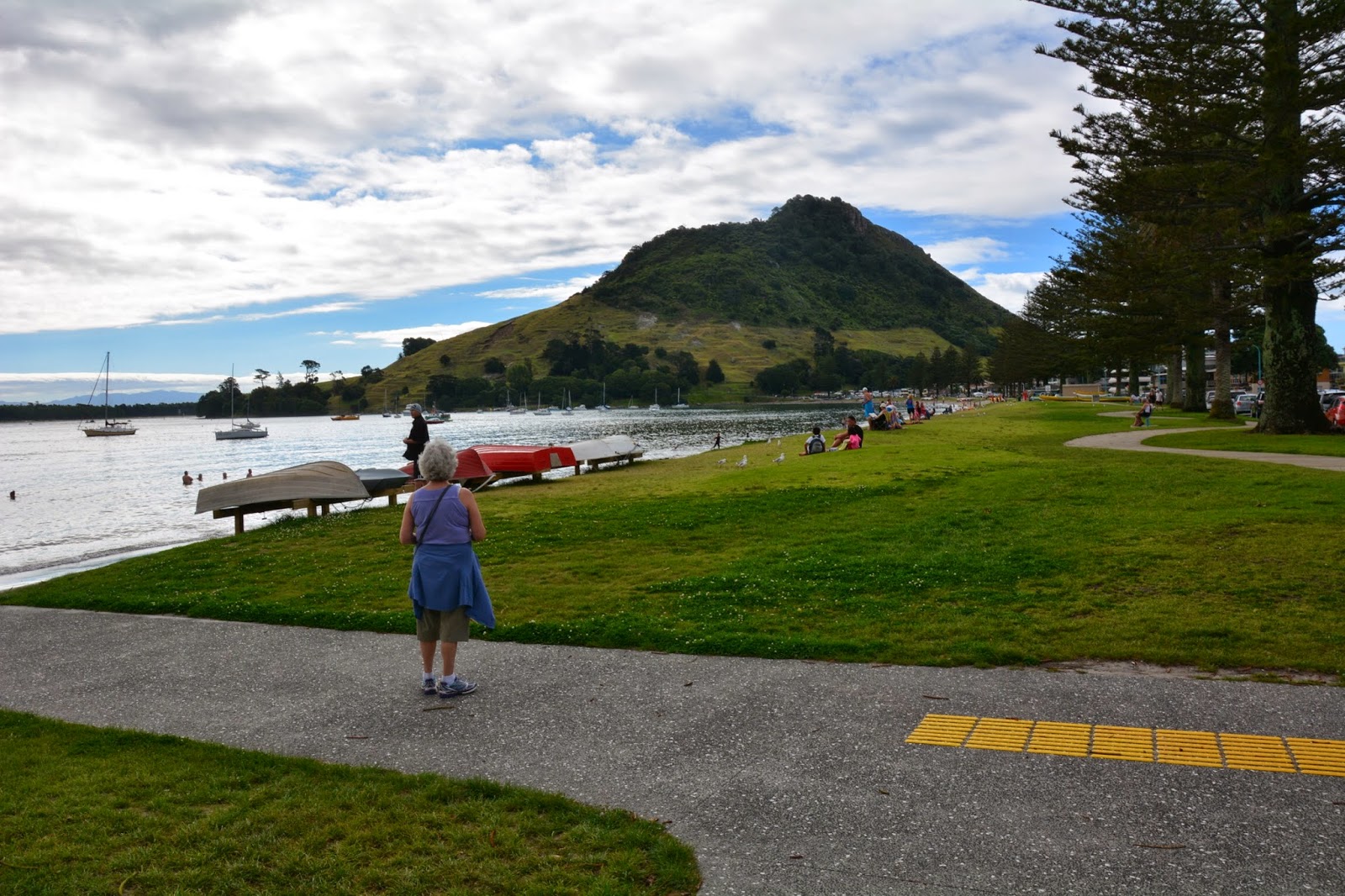 Nancy and I visited Mt. Maunganui and I only walked a short distance on the track due to blisters.  I read the Maori mythology about the mount and thought it was as beautiful and as mythical as any Greek mythology I studied in college.

The Maori Mythology of Mount Maunganui (Mauao).
"There was once a hill with no name amongst the many hills on the edge of the forest of Hautere.
The nameless one was a pononga (slave) to the majestic mountain called Otanewainuku.
Nearby was the shapely form of the hill Puwhenua, a woman clothed in all the fine greens of the ferns, shrubs and trees of the God of the Forest Tane Mahuta. The nameless one was desperately in love with Puwhenua but her heart was already betrothed to the majestic form of the chiefly mountain Otanewainuku. There seemed to be no hope for the lowly slave with no name to persuade her to become his bride. In despair he decided to drown himself in Te Moananui-a-Kiwa ( Pacific Ocean). So he called upon his friends the Patupaiarehe (fairy people) who dwelt in the dark recesses of the forest. The Patupaiarehe were people of the night and possessed magical powers and they plaited ropes with their magic and began hauling him from the hill country towards the ocean. As they heaved and pulled they gouged out a valley and with his tears formed the Waimapu (weeping water) river. They followed the channel past Hairini, past Maungatapu and Matapihi and past Te Papa. They pulled him to the edge of the great ocean. He had one last look back at where he came from before plunging himself into the water to drown.  But he hesitated too long; it was already close to daybreak. The sun rose fixing the nameless one to that place. Being people of the night the Patupaiarehe fled back to the shady depths of the Hautere forest, before the light of the sun descended upon them. The Patupaiarehe gave the name Mauao ‘caught by the morning sun’. Today he is known by most as Mt Maunganui."   Source:  www.eske-style.co.nz
Posted by plfallin at 7:25 PM