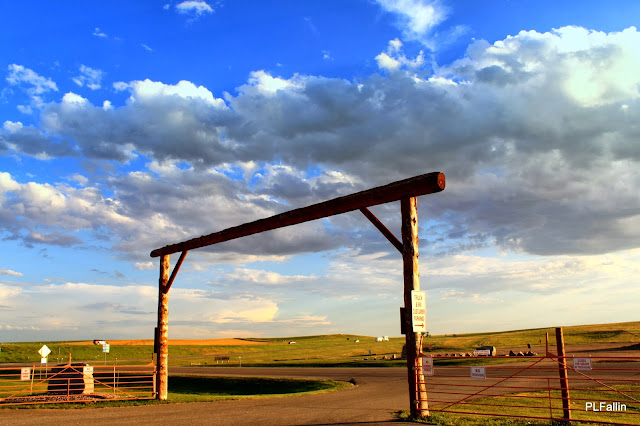 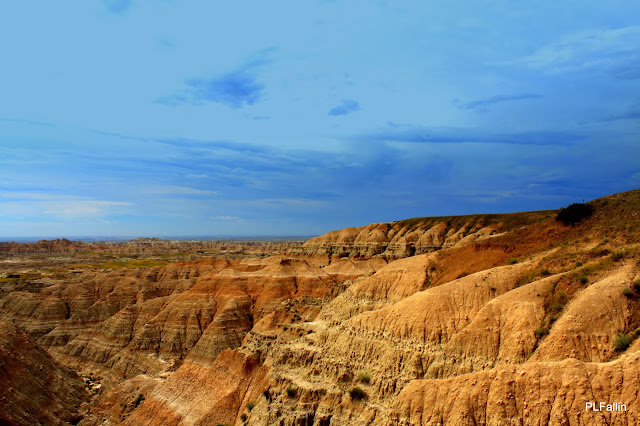 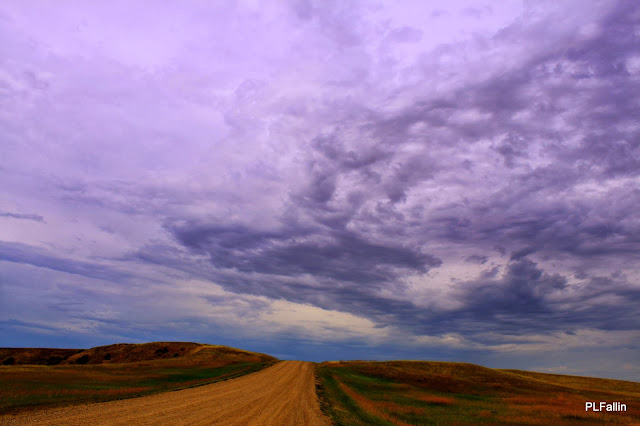 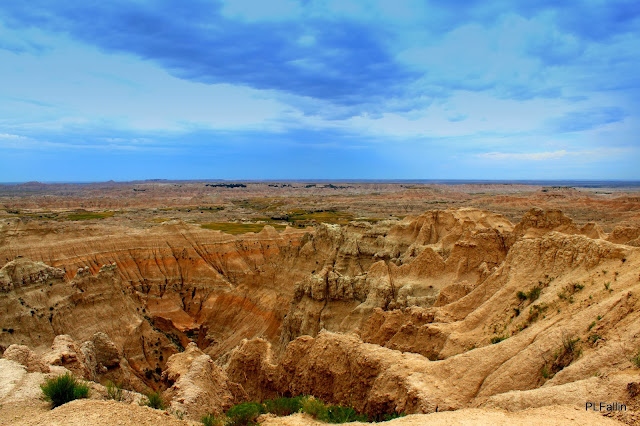 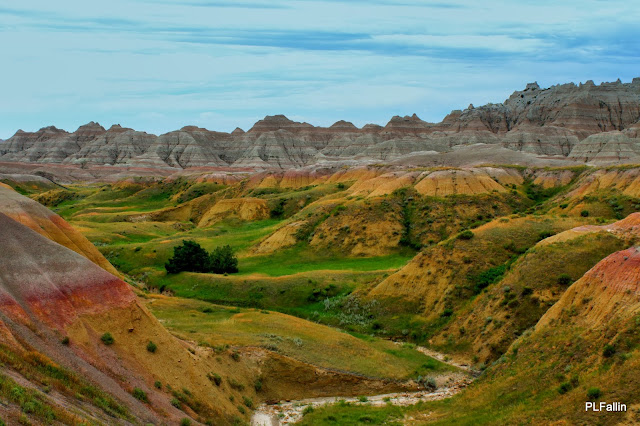 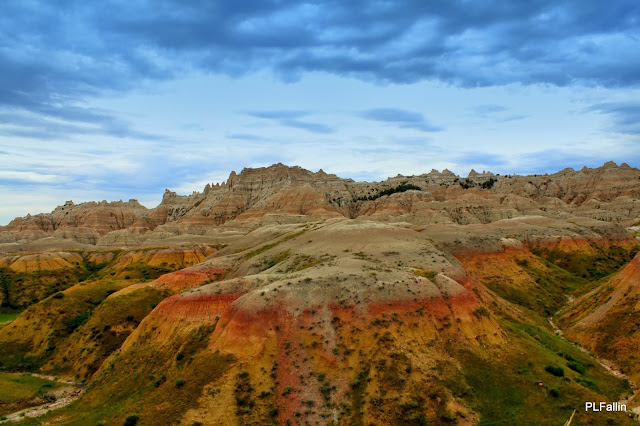 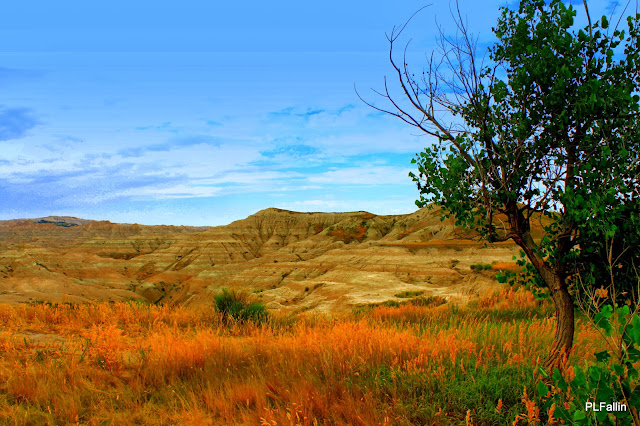 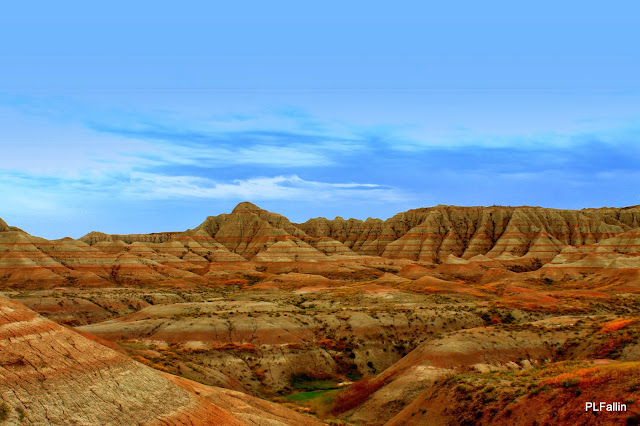 I visited the Badlands of South Dakota in July and it is a vast wonderment of rocks, cliffs and boulders with a endless blue sky.
According to Lakota legend, the Badlands were the site of a battle between the unktehi, a race of monsters, and Wakinyan, the Thunderbird. The unktehi, who lived in the primordial waters from which the Earth emerged, caused devastating floods that endangered the human race. (Another version of the legend attributes the flooding to Uncegila, a water serpent.) Angered by the loss of his worshipers, Thunderbird sent down bolts of lightning that dried up the floodwaters and killed the unktehi. Their bones were scattered throughout the Badlands, where they can still be found.
The Thunderbird is said to be an enormous bird-like creature with legendary strength and power. They govern the weather – their voice is thunder and lightening flashes from their eyes.
﻿