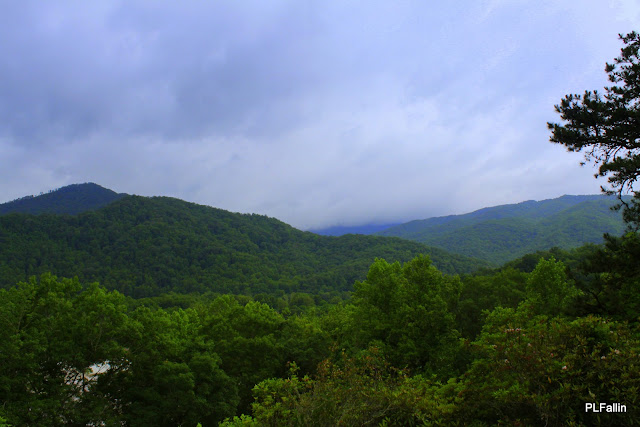 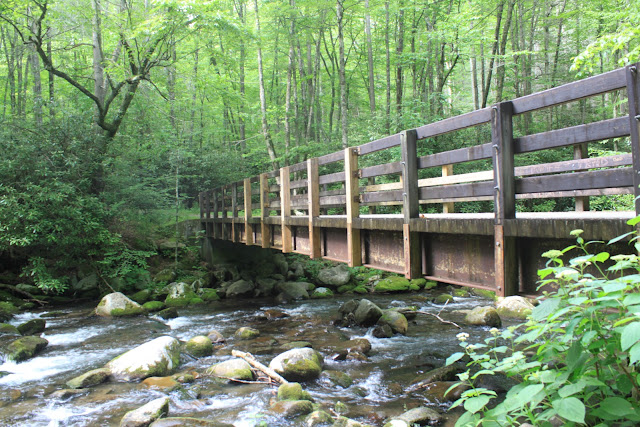 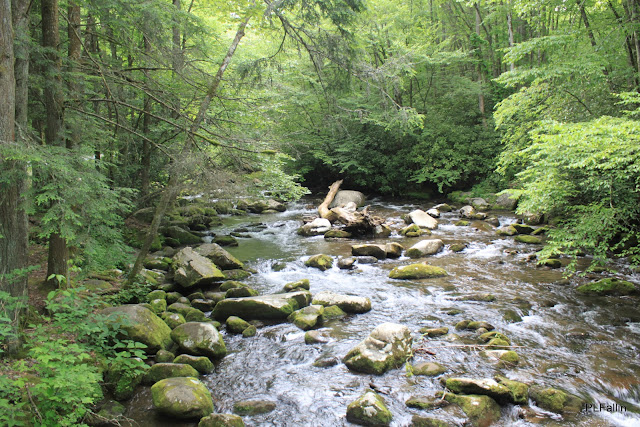 In the morning, the Smoky Mountains were clear and the air crisp but by the afternoon, storm clouds and misty rains covered the mountain range.  I want to hike the trails that the Cherokee Indians walked many years ago before the "Trail of Tears". The Cherokee Indians arrived in the Smoky Mountains about A.D. 1000. Believed to have been a branch of the Iroquois who moved south from Iroquoian lands in New England. Consisting of 7 clans, the Cherokee Nation stretched from the Ohio River into South Carolina. The Eastern Band of Cherokee Indians lived in the Great Smoky Mountains National Park, believed to be the sacred ancestral home of the Cherokee Nation. With the discovery of gold on Cherokee lands in 1828 and Andrew Jackson's 1830 Removal Act, calling for the relocation of all native peoples east of the Mississippi River to Oklahoma, the U. S. government forced the Cherokees from their homes in 1838. Almost 14,000 Cherokees began the trek westward in October of 1838. More than 4,000 died from cold, hunger, and disease during the six-month journey that came to be known as the "Trail of Tears." About 100,000 natives, including Cherokee, Chickasaw, Seminole and Choctaw survived the journey.
Posted by plfallin at 11:02 PM