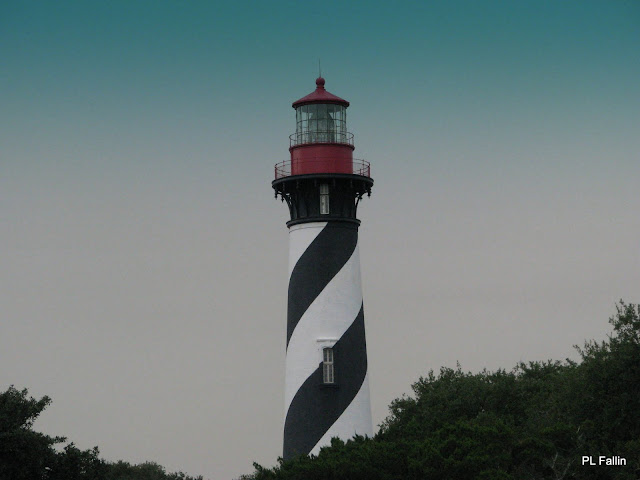 We visited the lighthouse this evening and there was a large cocktail party. The light house is surrounded by trees.  They had very unusual lower branches that reached out across the lawn like long hands.  I walked around the back and took several pictures of the lighthouse towering over my head.  I did some research on the ghost stories.  "The lighthouse and surrounding buildings have a long history of supposed paranormal activity. Allegedly, visitors and workers have seen moving shadows, heard voices and unexplained sounds, and seen the figures of two little girls standing on the lighthouse catwalk (who purportedly were daughters of Hezekiah Pittee, Superintendent of Lighthouse Construction, during the 1870s; the girls drowned in a tragic accident during the building of the tower). Other reports are of a woman seen on the lighthouse stairway or walking in the yard outside the buildings, and the figure of a man who roams the basement.  Stories like these have led The Atlantic Paranormal Society (TAPS) to the scene where they shot an episode of the SyFy show Ghost Hunters. During this episode, TAPS claims to have captured a few mysterious incidents on video in the lighthouse such as a disembodied voice of a woman crying "help me" and a shadowy figure was supposedly recorded on video moving about the stairs above them." 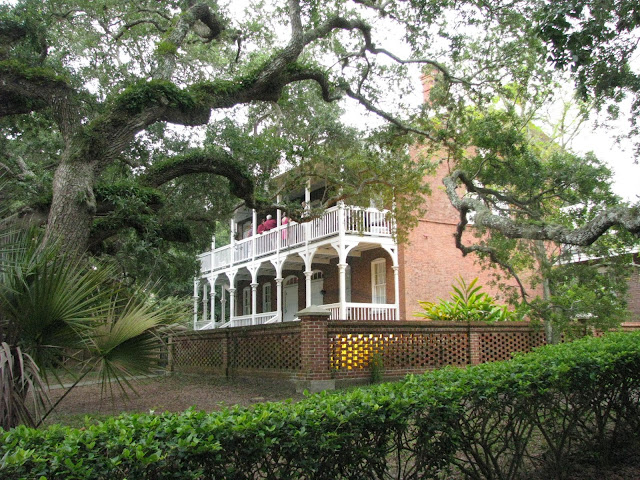 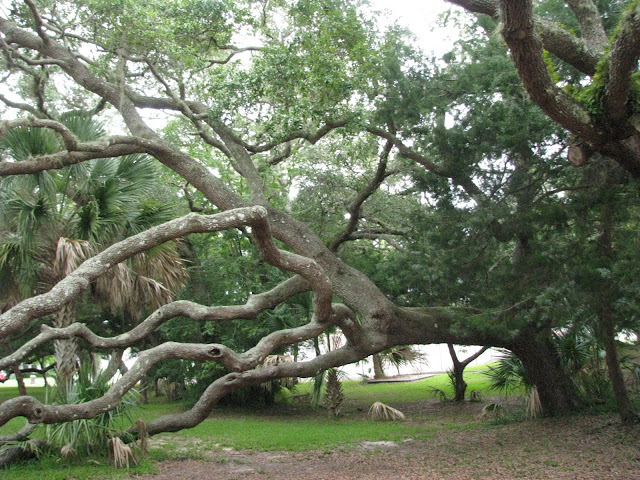 A most unusual growth of an Oak Tree branch.
Posted by plfallin at 8:14 PM